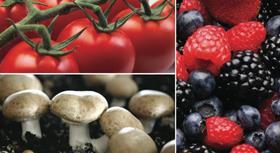 The company said the strong performance of its international segment had driven growth and forecast a positive second half of 2020 (2HCY20) with the effects of adverse weather in 2019 and 1HCY20 to cease.

Harry Debney, chief executive of Costa Group, noted the performance of its international and citrus harvests in the first half of the year.

“Our international segment performed strongly over the half. The major northern Morocco harvest cycle returned to normal timing and yield from all of our China farms was exceptional,” Debney said.

“The continued impact of CY19 adverse weather and drought conditions affected our first half CY20 results for our Australian operations. However, these historical conditions should have no material impact in 2HCY20 or beyond and there is broad based forward momentum in demand and pricing over our Australian portfolio leading into the second half of CY20.

“We have been impressed with the relative performance of our citrus orchards in terms of fruit size and yield, especially given the circumstances where industry harvest volumes have been impacted due to previous heat events. Also, strong export and domestic demand, together with improved pricing levels are expected to continue to season end.”

Although the financial impact of drought on Costa’s tomato and berry crops was estimated at circa A$15m EBITDA-SL in 1HCY20, these crops recovered to full yield by May 2020.

Costa said its new raspberry crops in Corindi, New South Wales are expected to come on stream from mid-August and blackberry crop from mid-October.

These promising results come after a challenging 12 months for Costa in which it had to downgrade its earnings guidance multiple times.