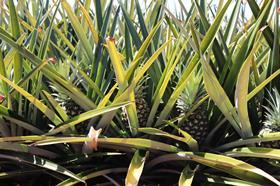 With China closing its borders to pineapples from Taiwan earlier in the year, Japan has one of the new markets of choice for exporters.

According to statistics from Japan’s Ministry of Finance, Japan’s pineapple imports from January to May 2021 have increased 21 per cent year-on-year. Imports have grown from 60,960 tonnes over the same period in 2020 to 73,755 tonnes in 2021.

Jack Moriya, president of Tokyo Seika, said the Japanese market had welcomed Taiwanese pineapples after they were shut out from China.

“We foresee this trend to continue for the time being as Taiwanese pineapple is being accepted by Japanese consumers.”

Outside of pineapples, Japan’s total fresh fruit imports were January and May 2021 were down 1 per cent year-on-year.

For the first five months of 2021 banana imports were up 3 per cent, meanwhile, kiwifruit imports were down 26 per cent.

However, Moriya said this was part of Zespri’s strategic sales and marketing programme and a notable increase in imports for June was expected. Furthermore, kiwifruit imports for the entire year are expected to remain stable.