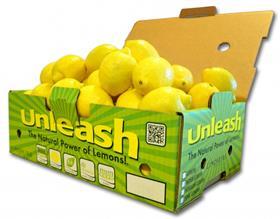 Limoneira has announced organisational changes to its marketing department including the retirement of vice president of marketing, John Chamberlain.

Chamberlain, who served the citrus growing, packing, selling and marketing company for over 15 years, retired on 30 December 2020.

Harold Edwards, president and chief executive of Limoneira, thanked Chamberlain for his extensive contributions to the company.

“We express our collective gratitude to John Chamberlain for his years of marketing leadership and dedicated service to Limoneira,” said Edwards.

Marketing manager, Michael Gonzales, who has been with the company for over ten years, will assume a leadership role for Limoneira as its head of marketing effective 1 January 2021.

Gonzales will oversee the day-to-day operations of the department, including communications and all marketing initiatives.

Limoneira also announced its latest addition to the team, Rachel Ertman, who was recently hired as marketing coordinator. Prior to joining Limoneira, Ertman worked at Fox Entertainment as alternative entertainment and strategy intern.