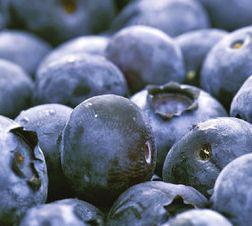 African Blue, a pioneering Morocco-based blueberry growing and marketing venture, is gearing up for its first commercial harvest in January.

With their combination of cutting-edge varieties, growing expertise, on-the-ground infrastructure and strong retail relationships in the UK and Europe, these companies look set to leverage Morocco’s lower production costs to bring a new dimension to the international blueberry market.

After several years under development, the project is set to yield its first commercial volumes in 2010. “We expect to harvest around 200 tonnes in this first season, and the production is all made up of our latest early-season varieties,” explains Berry Exchange’s Peter McPherson. “We’ll start picking in mid-January and go through to April.”

Most of these initial volumes will go the UK and European markets, with product sent easily by road via Spain, according to Mr McPherson. “We’ll also ship some fruit by air to our customers in Japan, Hong Kong and Singapore so they can get a feel for the product,” he adds.

The early signs for the project look very encouraging, he notes. “We’ve had good growing conditions, the quality of the fruit and the bush look sensational and the timing will be perfect,” says Mr McPherson. “The results from our recent Australian season with Marks & Spencer in the UK have been excellent in terms of acceptance of these varieties and we can now carry on through with our Moroccan production. This fruit will sell as an absolute premium line compared with the other blueberries available at this time.”