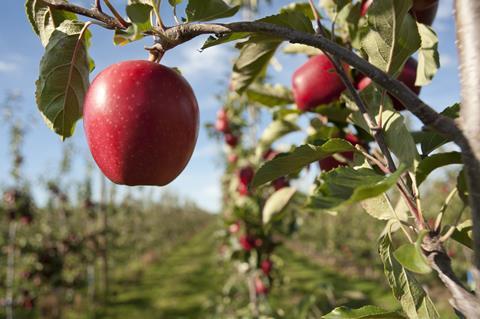 The updated estimate predicts a packout of 20.3m export cartons (tray carton equivalents), a decrease of 12 per cent on the organisation’s pre-season estimate of 23.2m cartons.

NZAPI said the adjustment represented an estimated reduction in export earnings of NZ$105m.

NZAPI chief executive Terry Meikle said a mixture of adverse weather events and major labour shortages during the peak of the harvest meant growers were unable to maximise yields.

“While our crop may be down by around 12 per cent on initial estimates, it is a testament to the resilience and capability of our grower community that we are still likely to make the most from such an incredibly challenging harvest,” said Meikle.

“Growers have not had the surety of labour to do everything they normally would to maximise their crops. Labour shortages were further exacerbated by the impacts of the pandemic affecting key regions at critical moments during the harvest and the backpacker workforce not being available. In this environment, maximising the crop volumes was simply not possible.”

Production in New Zealand’s major apple growing region of Hawke’s Bay is expected to be down 15 per cent on the January estimate. Gisborne has fared worst of the main growing regions, with production volumes down 20 per cent on the initial forecast. Gisborne had over 500mm of rainfall during the season in multiple events, while Hawke’s Bay had 320mm.

In Nelson, a projected 7 per cent decrease in the number of cartons produced is being attributed to the lingering impact of hailstorms during the 2021 season, with many trees hit by the deluge not producing a crop this year.

Meikle said port logistics, shipping disruptions and a lack of containers have all impacted the 2022 export campaign, particularly in the Nelson region.

“Unfortunately, the ongoing disruptions in the global supply chain network and a global inflationary environment appear set to continue to create headwinds for our industry in the coming months,” Meikle explained.

“While undoubtedly this has been the most challenging of harvests in recent years, the resilience of our grower community to produce quality fruit that gives our overseas and domestic customers a great eating experience is admirable.”