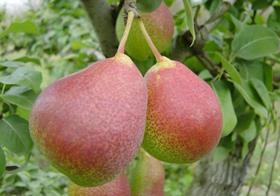 At various stages in the past, South African pears have looked set to gain market access to China. The deal again looks imminent, with only events outside the pear orchards delaying the final signing of the protocol between the two countries.

The hold-up this time relates to coronavirus (Covid-19), which is not making it possible for a South African delegation to travel to China to enact what has been keenly awaited by all parties.

It is understood that a signing ceremony would have taken place in March. The South African fresh produce industry, including other export sectors standing in the queue to start negotiations with Chinese authorities, are hoping that this will be done soon. They point out that pear exporters are ready to start shipments as soon as the formalities are out of the way.

As is the case with apples, the South African pear sector is shifting its export horizons. Fruitways chief executive Hein Keulder said as pears have become available almost year-round in Europe, his company has increasingly turned its sales focus towards Asia.

“Our biggest challenge remains access to some important markets such as Thailand and, of course, China,” he said. “Access for pears into China could be a game-changer as our sweet, crispy and flavoursome varieties will be popular with many Chinese buyers and consumers.”

“I think Forelle pears and most of our blush pear range, such as Rosemarie and Cheeky, will have broad appeal, particularly with fresh produce specialist retailers,” he explained. “Abate Fetel arguably provides the best eating experience, so this should also become popular with fresh retailers and consumers who are more discerning.”

“It has always been the aim of the South African industry to deliver a range of blushed pears and to conclude our season with Forelle, which is the flagship variety at this stage,” explained du Preez. “Cheeky, Rosemarie and Flamingo will open the season, and there are other blushed varieties such as Celina which may play a role in future. For the immediate future, Forelle will dominate the blush pear offer.”

South Africa’s pear export crop is expected to be slightly down on last year, but this will not have any large-scale impact on market supply.