Singapore gets a taste of Kochi citrus 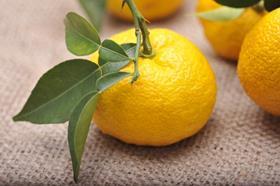 The western Japanese prefecture of Kochi held promotional events in Singapore as part of efforts to develop its citrus exports to South-East Asia.

According to a report from NHK News, Kochi is one of Japan’s top yuzu producing regions and this fruit was on display as members of the Singapore media were invited to participate in a tasting event.

Officials from Kochi educated attendees about the citrus grown in the prefecture and the ways it could be used.

Some ofSingapore's top chefs prepared a range of dishes using the fruit from the region; the media also sampled fruit juice made from four types of citrus.

Kochi officials said exports of citrus fruits from the prefecture had been growing by a few per cent every year and they hope to further expand the market for the region’s fruit with events like this.