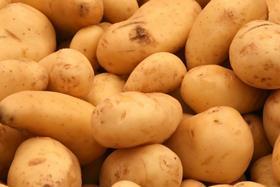 Production of fresh potato in Korea is expected to increase in calendar year 2018, to 530,000 tonnes; up 14 per cent from 2017. Despite higher domestic volumes, a USDA Gain report states that consumers continue to shift toward consumption of imported potatoes and potato products.

Following the resolution of a phytosanitary issue in the US’ Pacific Northwest, US exports of fresh potato are expected to increase to South Korea in 2018.

From 2000 to 2017, cultivated area for potatoes in South Korea declined 28.7 per cent. This year area is expected to increase slightly due to strong market prices following short supply throughout the previous year.

Overall, the report predicts that domestic potato production is likely to decrease gradually over the coming years as consumers prefer pre-prepared and processed potato products. Smaller families and a lower frequency of eating at home are also attributed to the predicted decline.

Imports of potato into South Korea have increased 161 per cent between 2008 and 2017. This is attributed to a westernisation of the South Korean diet and demand of processed potato products in the restaurant and food service sectors.

The US and Australia are the two main suppliers of fresh potatoes into South Korea, making up 46 and 54 per cent of the market respectively.