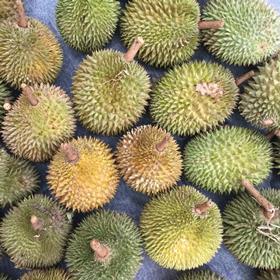 China’s appetite for Thai durians has continued to grow through the first three months of 2020 (1Q2020).

A Sina report said Thailand’s durian exports to China significantly increased in Q12020, while exports to Vietnam, Hong Kong and Taiwan all decreased.

According to data released by Thailand’s Ministry of Commerce, in 1Q2020 the country's fresh and frozen durian exports rose 25.78 per cent year-on-year to US$264m.

China was Thailand’s top market for durians 1Q2020 accounting for 66.94 per cent of exports. During this period exports to China grew90 per cent to US$176m.

The report said the growth in the Chinese market could be attributed to increased promotion from Chinese retailers, with more than 300 new Chinese buyers using online platforms to promote sales.

Another market that experienced growth was the US. According to the report, Thailand’s durian exports to the US in 1Q2020 rose 12 per cent year-on-year to US$2.1m.