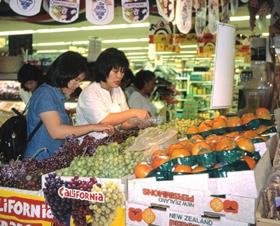 After more than five years of tense negotiations, 12 Pacific Rim nations have come to an agreement over the Trans Pacific Partnership (TPP) that aims to boost trade and investment opportunities between the countries.

Australia, New Zealand, the US, Canada, Chile, Peru, Mexico, Brunei, Japan, Malaysia, Singapore and Vietnam have taken part in the deal, representing around 40 per cent of global GDP.

In what has been hailed as one of the most significant trade deals of this century, the TPP will eliminate barriers to trade as well as setting new regulatory standards – offering a significant boost for primary industries.

The long negotiation process came to an end after five days of talks in Atlanta, with each country to now undergo its own ratification process.

While much of the TPP negotiations have been clouded in secrecy and further details of the agreement are yet to be released, significant benefits are expected to flow for horticulture industries in participating countries once the deal is finalised.

Absent from the deal has been China, which president of the US, Barack Obama, has said is an opportunity for the US to counter the dominance of China in the Pacific Rim.

“When more than 95 per cent of our potential customers live outside our borders, we can’t let countries like China write the rules of the global economy,” Obama said in a statement.“We should write those rules, opening new markets to American products while setting high standards for protecting workers and preserving our environment.”

While China’s absence for the TPP has been a strategic success for the US, horticulture exporters in the US will benefit from reduced trade tariffs in Japan, with the current tariff on US cherries at 8.5 per cent and US table grapes ranging from 7.8 per cent to 17 per cent during particular times of the year.

“I see the biggest ‘prize’ for most horticultural exports from the US being the reduction of tariffs in Japan and to a lesser extent Malaysia resulting from this deal,” James Christie, president of US trade specialist Bryant Christie told Fruitnet. “For horticultural products, Japan has maintained some of the highest tariffs in the world for a developed and advanced country.”

While the final agreement has yet to be released, the tariffs on US horticultural products are expected drop to 0 per cent.

The Northwest Horticultural Council said that while US apples, pears and cherries already have duty-free access to most other countries involved in the TPP besides Japan, the deal should also extend the duty-free access to Vietnam and Brunei. Vietnam is a significant emerging market for these industries where tariffs currently stand at 10 per cent.

Kieth Hu, director of international sales at Northwest Cherry Growers said that while it was exciting that the TPP agreement had been reached, it is the beginning of a long process of ratification by each member country, with major opposition already seen from the auto industry, the pharmaceutical industry and the meat industry.

That said, Hu told Fruitnet that prior trade deals such as the US-Korea free trade agreement have been markedly beneficial to US cherry sales.

The TPP has been welcomed by New Zealand’s horticulture exporters, with Japan’s inclusion expected to eliminate an estimated NZ$28m (US$18.8m) in tariffs, according to New Zealand Horticulture Export Authority CEO Simon Hegarty.

'As our third largest market, Japan's inclusion is significant for the future growth of the New Zealand horticulture export sector,' Hegarty said.

In particular, the TPP is expected to eliminate all tariffs on New Zealand kiwifruit exports, which will offer a significant boost to Zespri’s exports to its largest market Japan, where the industry paid more than NZ$15m (US$9.74m) in tariffs in 2014.

“If this tariff relief was passed straight through to New Zealand growers, it would equate to savings of over NZ$1,000 (US$649) for every hectare of kiwifruit grown in New Zealand,” said Zespri CEO Lain Jager in a company statement. “This tariff elimination will also benefit Japanese consumers by supporting our competitiveness against other fruit in Japan.”

Juan Carlos Rios of Intercorp Peru has said that any deal that diversifies trade options for Peruvian exporters is a benefit to the horticulture industry, with the TPP opening up trade options with more developed nations, such as Japan.

“What we have to avoid is the trap of ‘the best market’,” Rios told Fruitnet, emphasising the need to resist relying on one market, such as China. “Peruvian exports comprise both commodities and some exotic products. For the latter, we would expect that stable and mature markets would take these products easier than the so-called emerging or new countries, at least in the short and medium term.”

As production of fruit such as avocados and blueberries ramps up in Peru, the TPP can offer alternative markets to ship its products to.

“In both cases [of increasing production of blueberries and avocado], we need more sophisticated and mature markets, like Japan for example, that could enable us to diversify big volumes of fruit to be exported to the world,” Rios said. “At the same time, Peru needs to move forward in the agribusiness industry and start producing and exporting more value added products to the world and again we may do better if we ship them to the developed countries first.”