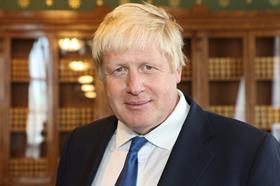 The UK has secured a trade deal with Australia eliminating tariffs on all British goods, in the first major trade deal negotiated from scratch since it left the EU.

The main elements of the deal were agreed by Prime Minister Boris Johnson and Australian Prime Minister Scott Morrison at a meeting in Downing Street last night and announced this morning (15 June). A final 'Agreement in Principle' will be published in the coming days.

The UK-Australia trade relationship was worth £13.9 billion last year and is set to grow under the deal, creating opportunities for businesses and producers in every part of the UK, according to the government.

Downing Sreet said the agreement also paves the way for the UK to join the Trans-Pacific Partnership known as the CPTPP, a £9 trillion free trade area home to some of the biggest consumer markets in the Asia-Pacific region.

However, there have been concerns within the UK farming community about Britain's trade deal with Australia. UK farmers are worried there will be no meaningful safeguards in place to stop farmers being undercut by cheap imports, and they are concerned UK farming standards will not be upheld.

As for the fresh fruit and vegetable sector, one expert told FPJ that the deal would not boost trade: “Bilateral trade in fresh fruit and veg between the UK and Australia is a complete non-starter,” said John Baker, coo of New South Wales-based industry consultancy Produce Marketing Australia.

“For most counter-seasonal fruits going to the UK, other Southern Hemisphere suppliers, such as South Africa, Chile and New Zealand, already have the market covered. For UK exporters, we are already well served by other Northern Hemisphere countries in our off-season. Plus, the UK will have the additional challenge of satisfying Australia’s very rigorous and time-sapping quarantine requirements.

“The situation is probably even more challenging for UK vegetables,” he continued, “especially as Australia has a range of climates conducive to growing most vegetables throughout the year.”

In a statement announcing the UK-Australia trade deal, Prime Minister Boris Johnson said: “Today marks a new dawn in the UK’s relationship with Australia, underpinned by our shared history and common values.

“This is global Britain at its best – looking outwards and striking deals that deepen our alliances and help ensure every part of the country builds back better from the pandemic.”