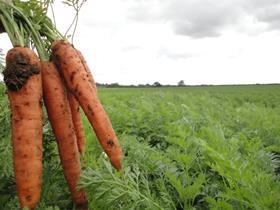 According to report from The West Autralian, the exporters believe they will be disproportionately affected by the proposed changes given the nature of the state’s vegetable production.

Shannon said it will be these types of fresh produce that will bear the brunt of the increases.

According to Ausveg, the Australian Department of Agriculture’s proposal to increase the fees and levies associated with attaining export certification would lift the cost of compliance by over 40 per cent.

Jim Trandos, managing director of Trandos Farms, exports corn to Singapore, Hong Kong and Dubai. He told The West Australian the fees would increase costs by “tens of thousands of dollars”.

“There is no scope to pass the cost onto customers, we’re already struggling to compete because Australia has some of the higher producer costs in the world,” he told the West Australian.

“If anything, the federal government should be trying to encourage exporters because they are bringing dollars into the country, rather than making it far more expensive.”

Trandos said his company would have to reduce its exports if the changes went ahead and the domestic market did not have the capacity absorb any more volume.