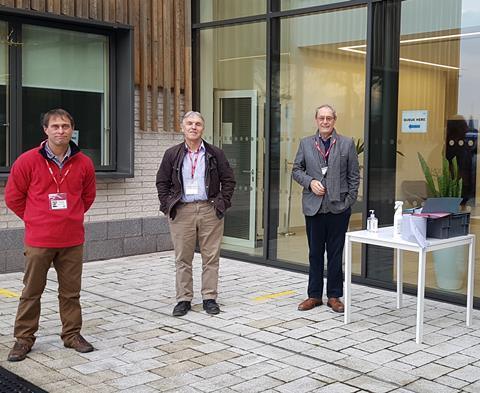 The group of AHDB petitioners whose campaign resulted in the ending of compulsory levies in the potato and horticulture sectors have welcomed the emergence of what they called “a new self-regulating R&D environment”.

In the horticultural sector, a number of crop associations have announced plans to either introduce their own crop-specific research levies or to work together where there are areas of common interest. In the potato sector, growers have come together to create new grower-led organisations for the ware and seed sectors.

“Over the last six months, since Defra confirmed the scrapping of the horticulture and potato levies and a zero-rated levy for 2022, as predicted we have seen the industry begin to take ownership for its own research and development activity, setting its own priorities and ensuring that those who want the research are able to benefit from it,” said Lincolnshire vegetable grower Peter Thorold.

The petitioners pointed out that the industry has also continued to be eligible for targeted R&D funding, such as Defra’s Farming Innovation Programme, which has provided funding for projects in fruit production and vegetable harvesting, among others. In the private sector, organisations including Fera Science and NIAB have begun to manage collaborative projects on key issues, bringing together stakeholders from numerous backgrounds to work on a common goal, they said.

Lincolnshire potato and vegetable grower John Bratley added: “We are pleased to see the crop associations taking the initiative with their members to get targeted R&D done without the monolithic approach that was the AHDB. Now, with the extra pressure from increasing input costs that growers face, it is more important than ever that the statutory levies have been removed and growers can now decide what areas of focus are best for their businesses.”

Protected flower grower Simon Redden said: “Those of us growing niche products, or who don’t use crop protection chemicals, received very little or no benefit from AHDB. The removal of the statutory levy means we are no longer funding our competitors and in the uncertain times ahead we can decide where we need to invest in our companies to get the maximum benefit.”