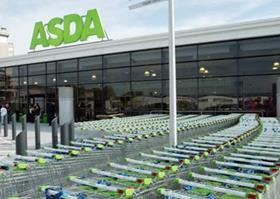 UK supermarket Asda has lost a Supreme Court appeal against thousands of shopfloor staff who brought an equal pay claim after complaining that employees working in distribution centres (DC) got more money.

Judges today (26 March) upheld an earlier court ruling that the store worker claimants - most of whom are women - were entitled to compare themselves to distribution staff - most of whom are men - for the purposes of their equal pay claim.

Asda had claimed the 40,000 shopfloor staff in the case should not have their pay compared to DC staff because the roles were different.

The Supreme Court stressed today's ruling did not mean the claimants had won the right to equal pay,but that they are now free to take further action.

Today's development is the latest step in a case that could still go on for years and is the fourth time Asda has lost a court battle on this issue.

The GMB union, which brought the claim on behalf of its Asda shopfloor staff members, hailed the ruling as a “massive victory”.

It has now called on Asda bosses to meet and discuss the next stage of the shopworkers’ compensation claim, which could run to £500m.

“We are proud to have supported our members in this litigation and helped them in their fight for pay justice. Asda has wasted money on lawyers’ bills chasing a lost cause, losing appeal after appeal, while tens of thousands of retail workers remain out of pocket.

“We now call on Asda to sit down with us to reach agreement on the back pay owed to our members – which could run to hundreds of millions of pounds.”

Lauren Lougheed, a partner in the employment team at Leigh Day, which is handling the case, said: “We are delighted our clients have cleared such a big hurdle in their fight for equal pay.

“Already an employment tribunal, the Employment Appeal Tribunal and the Court of Appeal ruled these roles can be compared, and now the Supreme Court has come to the same conclusion.

“It’s our hope Asda will now stop dragging its heels and pay their staff what they are worth.”

Commenting on today's ruling, an Asda spokesman said: “This ruling relates to one stage of a complex case that is likely to take several years to reach a conclusion.

“We are defending these claims because the pay in our stores and distribution centres is the same for colleagues doing the same jobs regardless of their gender. Retail and distribution are very different sectors with their own distinct skill sets and pay rates. Asda has always paid colleagues the market rate in these sectors and we remain confident in our case.”

Lawyers speaking to the BBC said today's ruling will have implications for other UK supermarkets and retailers.

'It would be difficult to underestimate the significance of this judgment which will send shockwaves far beyond Asda,' said Anne Pritam, partner and employment lawyer at Stephenson Harwood.

'It is a watershed moment for the rest of the retail industry, particularly those defending their own equal pay claims - such as Sainsbury's, Tesco, Morrisons and Next - and which have similar staffing models and pay structures,' she told the BBC.

'Ultimately, if all of the retailers lose their equal pay claims, it is estimated they could face £8bn in compensation payments to employees.'