Booker cleared to snap up Budgens and Londis 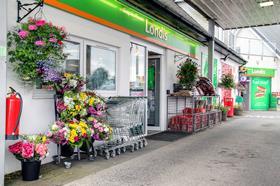 Booker, which is already the UK's largest cash and carry chain with more than 172 wholesale outlets and supplying over 129,000 independent retailers, now reportedly expects the acquisition to be completed by September 14.

The group has said the deal will upgrade the efficiency of the two brands’ supply chains amid the supermarket price war, which has seen intense price cutting due to the growth of discounters Aldi and Lidl.

Booker chief executive Charles Wilson said: “We are pleased that the acquisition of Londis and Budgens has been cleared by the CMA.

“This will help strengthen our support for independent retailers throughout Great Britain.”

In a trading update also released today (3 September), Booker said it lifted group like-for-like sales excluding tobacco by 0.5 per cent in the 10 weeks to August 28, despite a tough food retailing environment.

Booker reportedly intends to keep the Londis and Budgens branding following the takeover, with the two sitting alongside its own retail c-store brands, Premier and Family Shopper.

Londis operates 1,630 convenience stores and made sales in the year to December of £504 million. Budgens is a franchised chain of grocery stores, with 167 outlets that racked up sales of £329m last year.

Musgrave Retail Partners, the unit that held the brands for parent firm Musgrave, posted sales of £833m in the year to December, and made an operating loss before exceptional items of £7.4m.