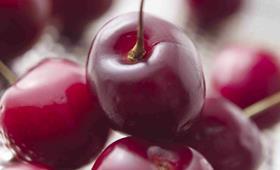 A Chilean cherry grower has announced an investment in UK cherry farms that is being described as an industry first.

FGA Farming, which is owned by Luis Chadwick of Chilean grower San Clemente and FGA founder Andrew Wallace, has acquired two cherry orchards from Kent-based fruit heavyweight Mansfields. It is said to be the first time a Chilean business has invested in UK farms in this way.

Under the terms of the deal, fruit from the farms will continue to be processed at the Nickle Farm facility as FGA works with Mansfields to develop a “cherry centre of excellence” by sharing UK and Chilean knowledge. Between them the two growers will produce over 2,500 tonnes of cherries as the farms reach full maturity.

The FGA Farming fruit will be marketed by Fruit Growers Alianza (FGA), which has been marketing a range of fruit to leading retailers in the UK and Europe for over 10 years.

San Clemente and Gesex already produce over five million kilos of cherries in Chile, which are sold around the world along with apples, stonefruit, grapes and citrus.

FGA managing director Jon Clark is a well-known figure in the UK cherry business, having himself worked with Mansfields owner Paul Mansfield for over 10 years, initially while at Total Cherry and latterly while at FGA, by exporting the Kent grower’s cherries around the world under the Buddy’s brand.

Andrew Wallace, founder of FGA, said: “This is a very exciting investment, allowing us to be growers of high-quality cherries in both the southern and northern hemispheres.We had started to look at how we could become growers in the UK over a year ago, so we are delighted to have completed this deal.

“Mansfields have developed two fantastic orchards and we look forward to continuing the great work with the staff at the farms.We also look forward to other opportunities this deal could bring through working with Mansfields on other projects.”

Luis Chadwick, founder of San Clemente, said the deal showed that it was possible to run a cherry supply operation year-round across the globe, with fruit from Chile on sale from November to March and the UK crop running from June into August.

“As growers we also have an association with other global growers, meaning we have the possibility to fill those small supply gaps outside of our own fruit and provide a ‘full cherry year’ to customers if required,” he added.