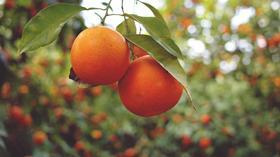 Citrus and citrus product sales are seeing a large upturn, with orange juice futures price up 22 per cent, due to the coronavirus pandemic, according to new data.

Erratic demand for fruit and veg during coronavirus has continued according to analysts Tridge. With panic-buying subsiding and people settled in to lockdown or social distancing measures, some fresh produce categories have been negatively hit, while others have recovered from the initial shock.

Citrus has remained the most sought after global fruit during the crisis, as juice demand surges, and people seek to boost their immune system by increasing Vitamin C intake.

“According to Bloomberg, futures for orange juice has seen a 22 per cent increase in March, the highest monthly gain since October 2015,” Tridge states.

Global movement of fruit and veg took a heavy hit at the start of the crisis however, as movement restrictions and logistics difficulties bit.

Moroccan exports, a major supplier of fresh produce to the EU has suffered as a result, according to Tridge. with large numbers of suppliers now halting tomato shipments due to falling demand.

“TheEuropean Unionhas seen a decrease intomato imports from Morocco, the fourth-biggest exporter, leaving 80 per cent of the producers in Souss, a major hub for production and exports, to halt tomato shipments.

“Multiple factors, such as decreases in panic-buying, increases in logistics costs for exporting to the EU, as well as EU countries’ encouraging purchases of local food products, have influenced Morocco's tomato exports.”

France has also decided to suspend imports from Morocco once the current contract amount ends, “much to the worry of Moroccan tomato exporters as the country is their highest value-generating export market,” states Tridge.

In the US, people are also less likely to eat fresh produce at home, than when dining out, meaning vegetable consumption has declined.

“Consumer habits show that Americans are less likely to eat vegetables at home rather than when eating out. Farmers have attempted to redirect their produce from restaurants to grocery stores, but are still facing difficulties with a lack of storage for its inventories.”

Exotics exports from Vietnam also took a massive hit after trade with China “plummeted” due to backlogs.

“The demand for Vietnamesedragon fruitand watermelon, the main fruit export products, is recovering slowly in April as trade toChinaresumes. Exports had plummeted in February and March due to backlogs in crossing borders to China, its biggest export market for fruits. Vietnamese fruit exports to China fell by 30 per cent compared to last year.”