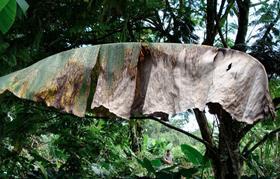 Since 1958, studies have shown that temperatures have become warmer and therefore more suited to the spread of disease, Bebber said. 'Over time larger parts of Latin America have become more conducive to infection,' he affirmed.