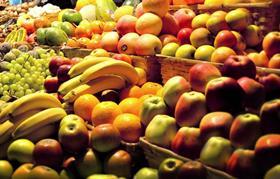 The latest grocery market share figures from Kantar show take-home grocery sales rose by 9.4 per cent during the 12 weeks to 4 October 2020. However, in the shorter term sales increased by 10.6 per cent over the latest four weeks, an increase from September.

Fraser McKevitt, head of retail and consumer insight at Kantar, said shoppers are moving a greater proportion of their eating and drinking back into the home in response to rising Covid-19 infection rates, greater restrictions on opening hours in the hospitality sector, and the end of the government’s Eat Out to Help Out scheme.

Online sales in the past month were up 76 per cent on a year ago, with one in five households ordering groceries via the internet. The proportion of sales made digitally remains unchanged from last month at 12.5 per cent, suggesting that many shoppers are choosing to stick with deliveries as the pandemic develops.

Ocado has benefited from the trend, growing its 12-week sales by 41.9 per cent. “Ocado has increased the number of shoppers using its service in the latest period – the only retailer to do so – adding 22,000 customers,' said McKevitt. 'Its new partnership with Marks & Spencer is no doubt part of the appeal. Waitrose is keeping pace with its own online offer. Although starting from a relatively low base, it was once again the fastest-growing retailer online this month. Waitrose also increased sales through its physical stores, with overall sales increasing by 8.9 per cent.”

Lidl has been in continual double-digit growth since December, accelerating its rate in the past 12 weeks to 11.7 per cent. Iceland's growth of 17.3 per cent took its market share to 2.3 per cent, while Aldi recorded growth of 7.8 per cent, and currently holds eight per cent of the market.