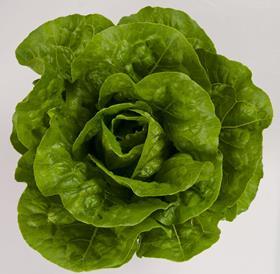 With a no-deal Brexit looking increasingly likely – especially following Boris Johnson’s announcement he will prorogue parliament – leafy salads could soon be in the headlines for the wrong reasons, being the first fresh produce category that’s likely to be hit by border delays. The short shelf life of leafy greens could well mean we’re faced with empty shelves in the salad aisle at the beginning of November, and companies are making contingency plans to try to minimise disruption to supply.

Nature’s Way Foods (NWF), which supplies bagged and prepared salads from its base near Chichester, says it will increase stock holding, but head of farming Nick King points out that in leafy salads this is not possible beyond three days on most crop types. In fact, King says he is not expecting no-deal to have an instant effect on imports since the UK government is “likely to not put any immediate boundaries in place”, however he says growers in Spain and Italy could run out of reusable crates if there are excessive delays to returning them. “Plans are being drawn up to ensure suppliers have the ability to supply produce in cardboard packaging to NWF in the event of an issue developing with our crate return network,” he says.

Perhaps somewhat optimistically, King says he expects any disruption to last “not much more than two to three weeks” since the EU will be under “significant pressure” from the Spanish and Italian agricultural industries in the event of problems. “In those countries these industries have more influence on their respective governments than farming does in the UK,” he explains.

From a breeding perspective, Syngenta says it has taken “all measures to be ready for Brexit”. All its existing EU registrations for marketing allowance have been filed in Britain and taken over, and all plant varietal protection in place will be taken over for the UK. As of Brexit day, the UK will be a third country from a registration point of view and for every new variety that Syngenta and other seed companies want to market in the UK they will need to file for national listing.

Another major challenge for the sector – and one that is also linked to Brexit – is labour availability, which King describes as “an increasing risk to lettuce production and processing”. The lack of workers is creating a growing need for automation at all stages of the process, and this is particularly difficult for smaller operations, who King says “will struggle to provide sufficient capital to maintain competitiveness”.

When it comes to sales, the category has been affected by poor weather this year, with returns declining across all segments and varieties, according to NWF. Despite this, there has been an increase in babyleaf sales relative to larger wholehead product, with consumers favouring mixed leaf bagged salads, which now account for 70 per cent of category share. Of the various flavours on offer, ‘mild’ bagged salads have enjoyed the strongest sales, followed by ‘sweet’, and lastly those with a strong flavour. “This preference is likely due to the leading category shoppers who are predominantly female and likely to be 35-55 years old,” says NWF insight manager Luca Rosas. Among the ‘solo’ varieties of leafy salad, iceberg is the best-selling, followed closely by spinach, which has seen the biggest increase in category share.

Looking to the future, there have been some exciting varietal developments in the category, with Syngenta’s Yoann Barrier saying the breeder’s new iceberg, romaine and spinach varieties are showing great promise. Its Ice Circle and Ice Party iceberg varieties, which cover the majority of the season, have high resistance to downy mildew, tipburn and bolting, as well as a longer shelf life. For its part, new spinach variety El Futuro offers good leaf shape and colour, as well as strong bolting tolerance for summer babyleaf growers.

In a bid to improve shelf life in this most perishable of categories, Syngenta will also develop some mini romaine varieties in Europe next year with thick leaves and a green and red colour. They will also be aimed at developing a new texture and leaf shape for consumers. However, for the time being, Syngenta’s midi romaine variety Actina is its best-selling in the UK, largely thanks to its tipping tolerance.