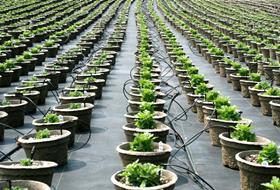 The NFU has welcomed new government proposals totemporarily introduce a flat-rate inspection fee of £27 for all imports of young plants, regardless of their destination.

In its response to a Defra consultation on the subject, the NFU said the change to inspection fees would make the system fairer for growers.

NFU horticulture adviser Christine McDowell said: “Defra’s proposal to introduce a flat rate inspection fee would deliver greater fairness in the inspection regime and would save growers thousands of pounds in fees.

“While it is only proposed as a temporary solution, until a full plant imports risk assessment can be completed, it has the support of growers who welcome what they see as Defra levelling the playing field for UK growers.”

She added: “The NFU has worked closely with Defra on this issue over the past year, highlighting how the current fee structure could damage domestic production and by providing a competitive advantage to imported plants and produce. We are pleased to see Defra put forward this proposal, which has our full support.”

In a separate consultation, the NFU reiterated to Defra the importance of an inspection regime based on data and science around the probability of a pest or disease being found in an imported product.

Defra is in the process of collecting data that will better enable inspections to be set at appropriate, risk-based levels.

“The frequency of risk-targeted plant health import inspection should consider and reflect that production is happen under GB regulatory control, and the long-term relationships between GB growers and GB plant health services,” the NFU said.