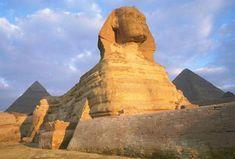 Just as the first free elections in Egypt take place at the end of November and the country hopefully enters a more stable and democratic phase, the country’s berries and citrus are making their way to the UK.

EU regulations state that Egyptian citrus growers can export from December to April and strawberries are sent from mid-November to February, making the most of the Christmas and New Year markets.

But how has the political climate - with protests in Cairo against the interim military government trying to retain power ahead of parliamentary elections - affected the Egyptian fresh produce industry?

“The political scene is becoming more complicated,” says Ahmed El-Hodaiby, general manager at Egyptian exporter Tradewaves. “The recent clashes in Tahrir Square had significant negative effect on all life aspects and the Egyptian economy is expected to be subject to further drawbacks.”

Ian Waller, director of Total Berry, which works extensively in Egypt, says the unrest had a temporary effect on the soft-fruit industry last season, but should cause no major impact on the season ahead. “Our growers are based to the north-west and north-east of Cairo - towards Alexandria to the west and Port Said and the Suez Canal to the east,” he says. “Most of the unrest was confined to the major cities of Cairo and Alexandria so, in the main, growers were not affected directly. The issues that arose were more about movement of labour, which affected harvest for a few days, and adhering to curfews, which limited the movement of trucks to the airport.”

But El-Hodaiby believes the Egyptian fresh produce industry will see longer-term effects as a result of the disharmony. “Considering the effect of protests and strikes on agriculture, the sector has been suffering major deterioration due to the current scene and the new investments that were underway have almost been stopped,” he says. “Continuous strikes and protests are resulting in increasing production costs. Also, the instability of workflow affects the sector. It is also becoming difficult to secure transportation and freight arrangements. The sector has suffered throughout 2011, and losses should be expected.”

It’s Egypt’s lower cost of labour and production that gives the country it’s pricing edge over competitor producing countries Spain and Morocco, says Ashraf Abou Ismail, general manager of citrus grower and exporter Sonac, which plans to send up to 3,000 tonnes of Navel and Valencia oranges to the UK this season. “I don’t think our industry has been affected by the political situation in this country at all,” he says. “It hasn’t stopped us from doing anything and the industry is actually increasing in size. We are increasing our citrus production each year, with new plantations being planted from October to January.”

But while the political climate has been changeable, the weather has lent a helping hand. The summer proved positive for berries in particular.

“The plants established well in September, as temperatures during the summer were not excessively hot and plants developed well in the nurseries,” says Waller. “Since the planting date, temperatures have been ideal for plant development and we are seeing lots of flowers and small fruit developing.”

Waller believes that a good plant establishment and flowering schedule will lead to decent volumes of fruit in the first flush. “Those initial volumes will give us good availability going into the important Christmas period,” says Waller. “In general, there has been a reduction in the strawberry acreage and the consequent overall decrease in strawberry production should help to stabilise the European marketplace, which has experienced a significant increase in imports of Egyptian strawberries during the last few years. Two years ago, the large volume shipped to the UK led to a very difficult market for growers and the interruption of last year’s exports did not help them either. Egyptian producers are under pressure from a significant increase in their costs of production and the industry is in need of a good season to restore confidence and crucially, to encourage further investment.”

Throughout the last three seasons, Egyptian strawberry growers have suffered big losses and in reaction several growers have decided to reduce the acreage of strawberries grown. Some believe that this will have direct effect on the available quantities of strawberries this season.

On the citrus side, colouration came early and as a result, the size of the oranges is small, according to Ismail. “The weather was cooler earlier this year, which means the quality is going to be good and certain markets like the UK will be happier with the smaller sizes,” he says.

The reduction in strawberry plantings has seen growers removing historically strong varieties such as Sweet Charlie and Festival, which are less in demand in international markets now. However, growers are also switching into varieties they believe offer greater export potential in the years to come and Waller reports that the acreage planted with material from Total Berry’s Redeva breeding programme in Egypt has increased significantly this season. “Redeva varieties Red Merlin and Red Delight now lead the way in Egypt and both varieties offer superior quality and flavour over other standard Florida-bred varieties,” he says. “The Redeva programme has a number of exciting selections in the pipeline and we have one selection in commercial trial this season. Additionally, several new selections from our 700 series, bred to meet the demands of the UK and European consumer, look likely to raise the bar.”

The UK has long been a strong export market for Egyptian growers, but the constantly changing global economic climate is opening up new opportunities that UK buyers are having to compete with.

“As well as continental Europe and the UK, the Arab and Asian markets are becoming more interesting for Egypt as alternative markets,” says Waller. “Expanding their presence in these markets could also offer a valuable window to extend the traditional season in Europe.” -