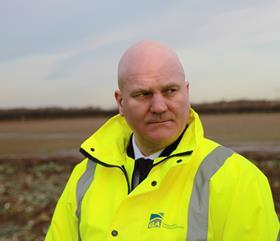 A total of 42 calls were taken by the intelligence unit in English, Russian, Romanian, Lithuanian and Polish - all reporting possible exploitation of workers in the GLA regulated sector of fresh produce processing and packaging, agriculture, horticulture and shellfish gathering.

From these calls officers also negotiated the repayment to a number of workers who had been underpaid by licensed labour providers.

Out in the field, nine labour providers were inspected while 13 labour users – farms, factories, and packhouses – were visited to gather information given by 85 different workers in the GLA sector.

One of these agreed to be referred to the UK Human Trafficking Centre (UKHTC) as a potential victim of human trafficking, while two more potential victims were discovered during a separate worker interview session.

A joint initiative with UK Borders and Albanian Police in the ports of Calais and Dunkirk saw three GLA officers engage with migrant workers heading to take up jobs in the UK.

Around 50 workers were spoken to in France and two more potential victims of trafficking were identified.

GLA chief executive Paul Broadbent said: “Work of this nature continues 24 hours a day, seven days a week and it seemed appropriate to highlight this to coincide with Anti-Slavery Day.

“As well as the other items listed, six new alleged criminal offences involving labour exploitation were uncovered and will now be investigated along with the 70 current cases working their way through the legal system.

“People assisted us with our enquiries across the entire UK with some of our officers also being deployed overseas to gather evidence against international organised criminals.”

Through the compliance inspections carried out at least ten possible licence breaches were uncovered, and they too are being investigated. In addition, a gangmaster’s licence was revoked, and the GLA had to apply additional conditions to another gangmaster's licence to prevent exploitation.