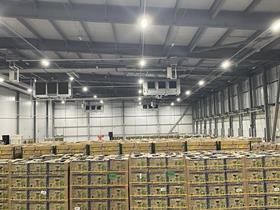 Freshfel Europe has joined the UK's Fresh Produce Consortium (FPC) in calling on the UK government to extend derogations on phytosanitary certifications for fresh produce to avoid disruption come 1 April this year.

'The impact of Brexit is a big challenge for businesses on both sides of the Channel with EU exports representing over 3m tonnes of fresh fruit and vegetables to the UK, 40 per cent of the UK’s internal demand,' Freshfel highlighted. 'The sector is already facing additional annual costs of at least €55m as a result of the adaptation to new administration, customs and trading processes.

'From 1 April, the cost of official inspections and of the issuance of over 750,000 phytosanitary certificates (PCs) will be added to this economic and administrative burden, a threat which may significantly hamper the capacity of the industry to continue ‘just in time’ operations of highly perishable produce,' the group continued. 'In this context, Freshfel Europe and FPC have addressed a letter to the RT Hon Michael Gove expressing the concerns of the sector about the introduction of a requirement for PCs from 1 April.'

In the letter, Freshfel Europe and FPC have argued that this requirement will mean more than three quarters of EU fresh produce exports to the UK will require a phytosanitary certificate (approximately 2.5m tonnes).

This was described as a 'herculean effort for both the sector and public administrations', as at least 750,000 PCs would have to be issued on an annual basis to support this trade.

The reason is that whilst some bigger operators may issue a single PC per truck – for example, for exports of big categories such as apples – most EU-UK trade is highly fragmented with consignments addressed to many small customers and wholesalers and often carrying over ten PCs per truck.

This requirement will therefore lead to significant delays in orders, to blockages both at departure and arrival, and generate losses of quality and food waste.

It will also add costs to a fresh fruit and vegetables businesses already fatigued as a result of the Covid-19 pandemic.

Freshfel Europe and FPC have therefore urged the UK to introduce derogations to the almost systematic obligation of a PC for fresh produce trade across the English Channel, taking into account the very limited risk of fresh fruit and vegetables trade across the Channel after 40 years of free flow.

“We ask the UK to consider a derogation to reflect the very limited phytosanitary risk of fresh fruit and vegetables exchanges across the Channel after over 40 years of free and safe flows, and the fact that EU and UK plant health legislation will remain, at least in the mid-term, almost identical,' said Freshfel Europe general delegate Philippe Binard.

“Postponing the introduction of the phyto requirement for EU imports until electronic certification is in place would facilitate trade on both sides of the Channel,' added Nigel Jenney, chief executive of the Fresh Produce Consortium. 'It’s the very least we need to help maintain supplies of fresh produce.”