Frozen berries linked to hepatitis A 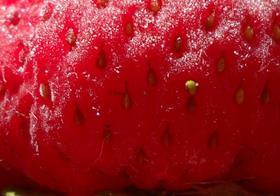 Frozen strawberries could be linked to the outbreaks

A food-borne outbreak of the hepatitis A virus linked to imported soft fruit is being investigated in several European countries and the US.

The Food Safety Authority of Ireland (FSAI) - in collaboration with the republic’s Health Protection Surveillance Centre (HPSC), the National Virus Reference Laboratory and the Health Service Executive - is investigating a national outbreak of the virus, which the FSAI said in a statement “appears to be associated with a similar outbreak in Italy which has been linked to mixed frozen imported berries”.

There are also food-borne outbreaks of hepatitis A linked to frozen berries in the Nordic countries and across the US. The virus causing the illness in Ireland and Italy has identical genotypes.

The hepatitis A virus is a human virus and does not come from animals. It is rare in the developed world and can cause mild illness in children that is barely noticeable but in some adults the virus be life-threatening.

The FSAI said: “As a precautionary measure we recommend that until further notice the public should boil all imported frozen berries before consumption. Boiling for at least oneminute will destroy the virus. We also remind consumers to wash all fresh berries, and other fruit and vegetables if eating them uncooked.”

The most recent onset of the illness in Ireland was on 3 July, with the outbreak deemed to still be ongoing. At the start of year the Italian outbreak appeared to be restricted to the autonomous provinces of Trento and Bolzano in northern Italy, however, it is now recognised to be a nationwide outbreak. The Italian authorities have detected the hepatitis A virus in four frozen mixed berries products and have withdrawn the implicated products from the market. The types of berries involved were raspberries, redcurrants, blackberries and blueberries. The frozen berry mix originated from Italy, with raw berry material sourced from various countries. Their investigation is ongoing.

As of 5 July, a total of 59 confirmed cases and 103 probable cases of hepatitis A infection were identified in Denmark, Sweden, Norway and Finland. The majority of cases were in Denmark and the authorities there have established that the outbreak is not travel-related. The cases of infection in these countries were caused by a different type of hepatitis A - genotype 1B - compared with what has been causing infection in both Ireland and Italy. Epidemiological evidence based on case control studies in Denmark and Sweden points to imported frozen strawberries as the most likely source of food causing the outbreak.

Following the epidemiological investigations, the food authorities in Denmark, Finland, Norway and Sweden have all recommended that citizens should boil all frozen berries or berries of non-domestic origin before consumption.

Furtheremore, on 15 July, 147 people across eight states in the US have also been confirmed to have fallen ill from the same hepatitis A genotype seen in the Nordic outbreak. Data from the US investigation suggests the most likely source of the hepatitis A virus appears to be a common shipment of pomegranate seeds from a company in Turkey.