A sprout suppressant for stored potatoes has received approval for use in Britain. 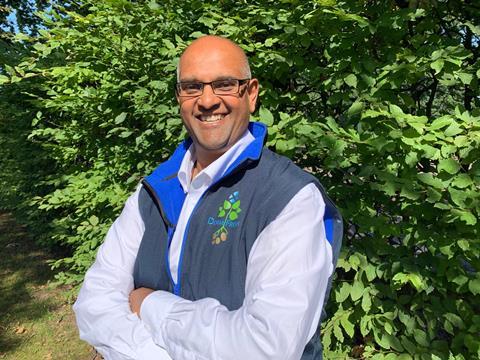 1,4SIGHT (1,4-Dimethylnapthalene or DMN) was first discovered as a natural volatile given off by potatoes, and is suitable for both the fresh and the processing sector, in all storage types and conditions, according to DormFresh.

Technical manager Ajay Jina said: “Its approval without restrictions means that growers will have an important new option in their toolbox for sprout control over a full storage season. This is an important step forward for the GB potato sector.”

Applied as a hot fog, DMN does not just burn off the sprouts, it will stop their formation and put the tubers into a dormant state, Jina explained. “This results in less weight loss during storage, and potatoes come out of store looking almost the same as when they went in.”

First identified by Dr Harry Duncan, who discovered its standalone properties, DMN has been in commercial use since 1996. It is currently approved in 23 European countries, as well as the US, Canada, Mexico, New Zealand and Brazil.

Jina, who previously worked at Sutton Bridge Crop Storage Research (SBCSR), said that there is a wealth of independent data on the product, and also that it had been trialled there since 1999. “We also have a lot of experience with the product in commercial stores as it was approved for use in the Netherlands in 2015,” he continued.

“Feedback from our users shows they have found 1,4SIGHT to have excellent efficacy as well as leaving tubers with a good skin bloom, skin finish and they have also reported a reduction in compression damage and bruising.”