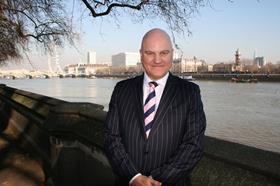 The government agency that tackles worker exploitation and modern slavery has published a new three-year plan to “relentlessly pursue” slavers.

Described as the country’s ‘anti-slavery police’, the Gangmasters and Labour Abuse Authority (GLAA) has set out its approach to dealing with what Theresa May has called “the greatest human rights issue of our time”.

Home Office estimates put the number of slaves in the UK between 10,000 and 13,000, though the true figure could be even higher, and migrant workers in the fresh produce sector have proven a vulnerable target.

In its three-year plan, approved by Home Secretary Amber Rudd, the GLAA said its overarching aim was “working in partnership to protect vulnerable and exploited workers.”

This will be done by preventing workers from being exploited in the first place; protecting vulnerable people and potential victims so they are less likely to be exploited; and pursuing relentlessly, disrupting and prosecuting those who engage in the exploitation of workers .

GLAA chief executive Paul Broadbent said: “We now have the capability and an increase in resources to go after those unscrupulous and very often ruthless individuals, who exploit others for their work either financially, physically or through coercion and control. It is abhorrent and has no place in modern society.'

“Our plan demonstrates a firm commitment and outlines a simple yet effective strategy for tackling the issue of labour exploitation and modern slavery across the UK economy.
“We will work closely with the police and other enforcement agencies such as the National Crime Agency, HMRC and Employment Agency Standards officers.'

“But we will also reach out to businesses, employers and the public, because through raising awareness and educating people about labour exploitation, we can make real inroads into eradicating these despicable practices.”

The GLAA came into being in May this year following legislation within the Immigration Act 2016.

Within the first six months of operations, the GLAA has 150 ongoing investigations, more than 70 of them criminal.

The authority has protected hundreds of workers by refusing or revoking licences, and it has dealt with more than 400 workers subjected to exploitation or abuse.

Broadbent added: “We need the eyes and ears of the public to come forward and report any concerns or suspicions they have about people being exploited for their labour.”