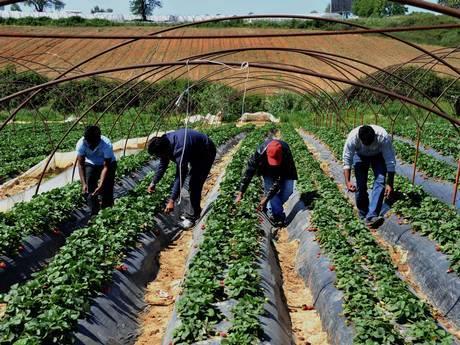 Fresh produce leaders have reacted angrily to the government’s decision to scrap the Seasonal Agricultural Workers Scheme (SAWS), which allows fruit and vegetables growers to employ migrant workers from Bulgaria and Romania for up to six months at a time.

Meurig Raymond, deputy president of the NFU, branded the decision to close the scheme at the end of 2013 “devastating” and said growers would be outraged.

“Make no mistake, this will cause a contraction in the British horticulture sector, one which is already suffering from falling self-sufficiency levels,” said Raymond. “It will put thousands of existing permanent UK jobs at risk, stifle growth, compromise food security, and jeopardise the industry’s efforts to take on hundreds more UK unemployed for permanent work.”

He added that horticulture would suffer without access to migrant seasonal workers and said the decision “seriously raises the question of how we meet the challenges of a growing population and rising demand for British food.”

British Growers' Association chief executive James Hallett warned the decision could lead to fruit and vegetable production moving to outside the UK. “Without adequate and reliable staffing levels it is almost inevitable that many UK producers will cancel investment plans and switch production out of the UK,” he said.

Hallett added that the decision was at odds with the advice of the government’s own independent Migration Advisory Committee, which warned earlier this year that without SAWS the UK horticulture sector could face contraction, increased imports and 10-15 per cent higher fresh produce prices.

“Continuing uncertainty over access to seasonal migrant labour, when sufficient workers cannot be found here in the UK, represents a major threat to future production and investment plans,” said Hallett.

Currently around a third of staff employed at harvest come through SAWS and Hallett said despite huge efforts by the industry, and the high levels of domestic unemployment, British workers were simply not attracted to seasonal outdoor work, paid largely at the minimum wage.

The minister of state for immigration, Mark Harper, said in a statement to parliament that “at a time of unemployment in the UK and the European Union there should be sufficient workers from within those labour markets to meet the needs of the horticultural industry.'

“We do not think that the characteristics of the horticultural sector, such as its seasonality and dependence on readily available workers to be deployed at short notice, are so different from those in other employment sectors as to merit special treatment from a migration policy perspective.”