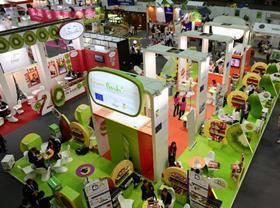 Fruit growers are fruit growers, all around the world – so goes the saying. The sheer scale of production and increasingly exports, however, from Asia is starting to dominate the global fruit trade. Its influence will only continue to grow in the forthcoming years. And the role of the UK to date in the development of these markets has been relatively small, while the likes of Chile, New Zealand, Australia and the US horticultural sectors have all been active in them for 10 years and more already.

The UK does import from some of these countries – notably Thailand and India –but our exports to the region are virtually nil. In the future, we are likely to see more fruit imported into the UK from a diverse range of Asian markets. It might well be that the relationship with the UK is, rather than a supplier/buyer of physical product, as a source of expertise and technology to Asia. Even here, we will find it a demanding and highly competitive market. The development of the fruit sector in Asia has traditionally revolved around what happens in the likes of India and China, which totally dominate at the big picture level.

What is also starting to happen in the rest of the region, however, is also highly impressive. Production in a whole range of countries such as Indonesia, Malaysia, the Philippines, Vietnam and Thailand is beginning to show dynamic growth. Even countries such as Myanmar, previously in effect a closed market after years of military dictatorship, have started to open up.

Exports across the region are also starting to develop. While these have traditionally been focused on neighbouring local markets, a wider range of export markets will be supplied in the future. These will take into account long-distance markets such as the EU and US.

One of the key features of the development of the supply chain is the rise of modern retailing. In India, this only accounts for around five per cent of the market so far, but in China it is already around 25 per cent and growing fast.

The so-called Pac Rim markets such as Korea and Taiwan are also seeing the rapid growth of more modern forms of retailing. There may be niche opportunities in higher added-value food products in markets such as Hong Kong and Singapore for the UK.

The overall balance of trade, however, is likely to be in the other direction. That is not to say there are no opportunities for the UK supply chain to profit from the huge macro-economic growth being seen in Asia. Far from it, in fact. UK retailers, for example, led by Tesco, are already eyeing the future potential of these markets.

Everything appears difficult, but the adage that at the same time, nothing is impossible is never truer than in Asia. Legal systems, distribution and logistics, finding good people, keeping good people, respect for IP systems, financial arrangements and understanding consumer behaviour and culture can be challenging in any market. In Asia, they are especially difficult, but the size of the prize is large and tempting. It can only be accessed by having a genuine long-term, yet flexible view. Asia is no place for the short termer.

As both export and organised modern urban retail markets develop in Asia, there will also be an increased need for high-class traceability, accreditation and food safety systems, supply chain logistics, environmental technologies, CSR strategy, NPD, innovation and processing technology. This is where the UK is inherently strong. A foreign education is still highly valued in Asia. Many UK agri-food universities and colleges are already actively marketing and recruiting in Asia. The UK is not alone though in wanting to export knowledge-based services to Asia. Many others in the likes of the US, Canada, New Zealand and Australia would like a slice of the action too, as will others in EU, such as the Netherlands and France.

Asia’s growing influence on world produce and other agri-food markets presents both an opportunity and a challenge to the UK industry. The UK is already inter-linked to Asia in terms of economic recovery. Asia is poised to supply more produce, both fresh and processed, to international markets. While the EU and the UK might have not been the top priority to date, it is only a matter of time before we come much more strongly onto the Asian radar.