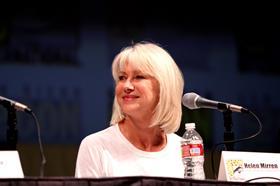 Dame Helen Mirren has narrated a new video warning of the dangers posed by the plant diseaseXylella fastidiosa.

As part of the UN’s International Year of Plant Health, the acclaimed actor urged the British public to remain vigilant to signs of the disease which has so far failed to reach UK shores.

The video was launched by BRIGIT, a plant health consortium funded by UK Research and Innovation, with support from Defra.

Xylella is a bacterium that infects more than 500 species of plant, causing leaf scorch, wilt, die-back and plant death, and there is no known cure. If it reaches the UK it could hit domestic stone fruit and blueberry crops particularly hard.

Mirren narrates: “There is a serious threat to our landscape and horticultural industry,Xylella fastidiosa,and it is coming our way. If it arrives in the UK it could trigger a disastrous outbreak that could devastate our crops, gardens and environment. Extraordinary steps will be needed to keep it out of the UK.”

There are outbreaks of Xylella in southern Italy, southern France and Corscia, Spain, and in 2019 it reached Portugal. If Xylella were found in the UK all host plants within a 100m range would be destroyed, and there would be a ban on the movement of a wider range of plants within a 5km range

Mirren, who owns a home in Puglia, southern Italy, added: “I have witnessed first hand the disastrous consequences for family farms and businesses. Millions of olive trees have been destroyed, some hundreds of years old.”

The UK has funded the 28-month BRIGIT project to generate the evidence and understanding needed to reduce the risk of Xylella reaching Britain and mitigating the impacts if it does.

Gerard Clover, impact and engagement manager at BRIGIT said: “Government and industry have long warned of the threat to our landscape and economy fromXylellabut we shouldn’t be complacent. The disease continues to spread within Europe causing more than a billion euros worth of damage and gardeners must be vigilant and report changes in the health of plants in their gardens.”

Mirren added: “Xylella is a dreadful plant disease that has devastated businesses, communities and entire landscapes. Understanding what you can do to help keep it out of the UK is an important first step in protecting our precious plants for the future.”