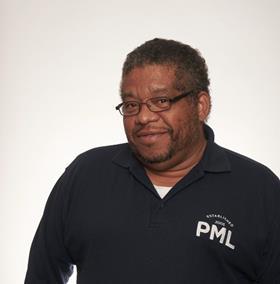 Perishable Movements has promoted Richard Hoyte to the role of technical director.

Hoyte, who first joined the company in 2010 as a warehouse manager, has progressed within the business during his 11-year tenure, working his way up to production and transport manager prior to his promotion.

In addition to the experience gained at PML, Hoyte previously spent seven years working for another large fresh produce handler, a role which included overseeing the distribution of produce for the School Fruit and Vegetable Scheme in the south of England.

Originally from Barbados, Hoyte came to the UK in 1985, where he spent 15 years in the manufacturing sector. The newly created position at PML will see him assuming responsibility for a team of staff, including the company’s transport, warehouse and packing managers. He will work alongside his fellow directors at a strategic level to 'maintain PML’s commitment to constantly improving the efficiency and standard of service for which the company is renowned,' the firm said.

A key priority will be ensuring the technical systems and procedures which are currently in place at the Heathrow HQ are rolled out at PML’s new satellite operation in Kent, where he will be based one day a week.

Hoyte said: “PML has an excellent track record for developing its staff and I’m delighted to have been given this opportunity to further hone the company’s proven technical capabilities associated with its credentials as a leading player in the transfer of temperature-sensitive goods.

'PML is committed to investing in new technologies to offer best-in-class solutions to its customers and I’m looking forward to playing an even stronger role in helping to identify, source and introduce further future-proof innovations which will strengthen the company’s status as the global perishable cargo specialist.”