Jupiter: the numbers behind a fallen star

Analysis: Jupiter’s rapid rise came to a sudden halt as Covid and financial pressure proved too much

The decline of Jupiter Marketing has been as rapid as its rise, with the £100m fresh produce supplier having been regarded as a poster child for entrepreneurialism over the past decade before news of its collapse this week. 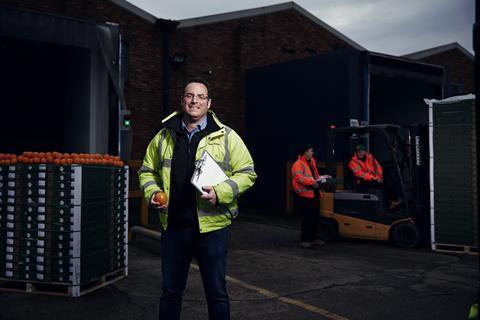 Incorporated in 2002, Jupiter enjoyed a steady increase in turnover over two decades, posting revenue of £97.7m and a £3.5m operating profit in its most recent accounts, for the 52 weeks to 29 September 2020.

One of the fastest-growing companies in UK fresh produce, it was ranked for three consecutive years in the Sunday Times HSBC International Track 200, placing as high as 17th in 2020.

A further sign of its success, the business broke into the FPJ Big 50 Companies in 2021, placing 39th, but had tumbled to 50th a year later as market pressures began to take their toll on the firm.

Like other fresh produce suppliers, Jupiter operated on narrow margins, with the group’s gross margin as a percentage of revenue at just 1 per cent in 2020, down from 12 per cent in 2019 as Covid had a substantial impact on its international business.

The impact was felt in China as early as December 2019, with later port closures in Chile and India meaning fully-planned seasons being cut short and affecting sales to the US, UAE, UK and Europe. As European retailers favoured basic lines, an oversupplied market further impacted profitability.

Jupiter’s acquisitions weighed heavily on the balance sheet, with net liabilities rising from £18.7m in 2019 to £29m in 2020, against net assets of £9.8m. That proved particularly challenging against the backdrop of an estimated £35m in lost sales as a direct result of Covid.

While the acquisition of Cool Fresh in particular contributed £42.2m of turnover, it is notable that the acquisitions were funded through cash and working capital, and as Covid continued to play haywire with the markets – reducing gross margins, increasing overheads and impacting liquidity – joint MD Mark Tweddle revealed that Jupiter’s short-term working capital position became particularly challenging.

A refinancing of the group, with the backing of PWC, was completed on 4 March 2022, a process that directors hoped would place the business back on a strong footing for the future.

Ultimately, however, with inflation in costs and shipping adding to the other supply chain challenges that are making life so difficult for all suppliers right now, it seems that has not been enough to save the company from calling in the administrators this week.