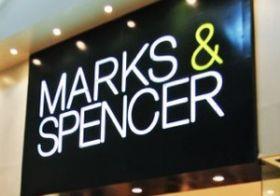 Marks and Spencer is cutting around 7,000 jobs as its major restructuring programme continues.

The supermarket announced the job cuts following the latest trade update, which revealed revenue to be down 19.2 per cent over the past 19 weeks, largely due to poor clothing department performance.

Food continued to prop up the business however, with a 2.5 per cent revenue increase in the past 13 weeks, and like for like sales in stores (excluding travel locations, such as train stations and airports) up 10.6 per cent.

M&S stated it must “act now” in order to streamline its business, adding it has learnt how to work more flexibly with more colleagues multi-tasking.

The retailer stated:“We are today embarking on a multi-level consultation programme which we anticipate will result in a reduction of c. 7,000 roles over the next three months.

“These will include departures in our central support centre, in regional management, and in our UK stores, reflecting the fact that the change has been felt throughout the business.”

New Microsoft software has also allowed the retailer to cut back on management staff, according to M&S.

It noted the major new food distribution depot in Milton Keynes, set to open in September, will help provide new jobs for staff, as well as in its online business.

M&S chief executive Steve Rowe said: “In May we outlined our plans to learn from the crisis, accelerate our transformation and deliver a stronger, more agile business in a world in which some customer habits were changed forever.

“These proposals are an important step in becoming a leaner, faster business set up to serve changing customer needs and we are committed to supporting colleagues through this time.”