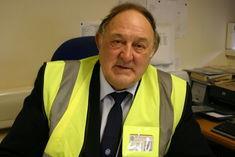 MMD is building on its traditional banana business

The port of Portsmouth is seeing a rapid expansion in the volume of Moroccan produce arriving this season, both for UK and continental customers.

The port is the country’s biggest banana receiver, but its resident fresh produce specialist MMD has a Moroccan business that dates back further than its banana trade.

It already takes in citrus, vegetables, salads and increasingly grapes, as well as some melons, and more is expected to follow.

Harry Eames, a former managing director of MMD, is now a consultant to the company, as well as the Maroc Fruit Board on site. He describes Morocco as a “Garden of Eden for growing” and said that as UK customers look for cost-effective options, there is a greater propensity to ship produce from North Africa than send it by truck.

The Moroccan season started in mid-October this year, which is unheard of, according to Eames.

He said: “The demand for Moroccan produce will definitely be there up to Christmas.

“We will see a significant uplift in volumes coming through to satisfy it. It is steady growth, but good news for Moroccan exporters. Their exports are getting higher, and so is the percentage coming to the UK.”

MMD commercial manager David Spencer added: “We are always looking for extra volume and we have re-equipped the terminal with new racking to ensure that we are capable of handling that volume if it comes.

“We will certainly see more fruit coming through Portsmouth and out to the continent in the next few years - the exchange rate is working in favour of freight from the UK to Europe at the moment and making it an attractive option,” said Spencer.