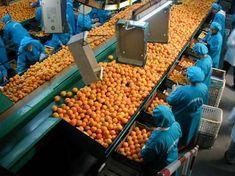 Moroccan growers are set to develop plans to relaunch their sector. At their agm on April 4, members of the Moroccan citrus growers’ association, Aspam, will draw up a plan with the government and the whole chain of supply to relaunch and start a recovery in terms of production and export volumes.

A 12-year plan launched in 1998 is well off track already - the target was for exports of some 850,000 tonnes yet Morocco is exporting only some 450,000t in a good year. In fact, exports have been experiencing a chronic decline in the past five years as, according to Aspam, alternatives for its members are running out as competition intensifies, especially from Spain, Egypt, Turkey and even Greece.

Aspam hopes to put a 10-year recovery strategy to the ministry of agriculture at the meeting.

The new plan will be better adapted to the sector’s existing production needs as well as the demands and developments of external markets.

According to Aspam one of the biggest problems to tackle is that apart from a few groups that are well equipped in terms of both human and technical resources, the majority of citrus growers are under-resourced which helps neither product quality nor traceability.

“If we don’t do anything for these growers, they risk being excluded from exporting,” said Ahmed Derrab, president of Aspam.

The organisation is also hoping for better state aid and reduction in the burden of bureaucracy on producers. The priorities for the sector should be micro-irrigation, the use of certification systems and new plantings of export varieties.

Irrigation is a major issue since the Souss region which accounts for half of all citrus production is suffering from a serious lack of water resources.

The citrus sector’s new strategy will also look at integrating right through the chain, from producers to packers and exporters, and in partnership with the ministry of agriculture. Draft legal documents to this effect will be presented at the agm.