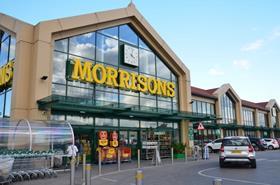 Morrisons’ festive period saw retail sales drop by 1.7 per cent, due to 'challenging' trading conditions and decreased supply to McColl's.

With retail sales suffering, the business was also hit by lower sales to McColl's, the convenience chain it agreed to supply in 2018.

“In wholesale we were pleased to grow sales with most of our customers, but overall LFL growth was impacted by the lower total sales at McColl's, as previously reported by McColl’s for the period up to 24 November.”

The supply deal has also seen some McColl's stores converted into Morrisons Daily, with sales in the new format described as “strong”.

“Together we plan to extend the trial to another c.20 stores during January and February to further tailor and test the proposition as we begin to transition McColl’s remaining ex-Co- op stores to Morrisons wholesale supply.”

Chief executive, David Potts said that despite an “unusually challenging period” the company maintained a robust profitability, which “demonstrated the broad-based progress we have made during the turnaround”.

He added: “This was again down to the hard work of Morrisons exceptional team of food makers and shopkeepers. As always, we will take some learnings into the new year, and look forward to 2020 with a strong plan and solid foundations on which to continue to grow.”

Morrisons pointed to its new Bolsover store as a model for future formats, which it describes as a “smaller, community store” boasting a local supply chain.

“At Bolsover, we also passed the milestone of 1,000 new, local products, which we have sourced from 27 local food maker events across Britain in just the last three years.”