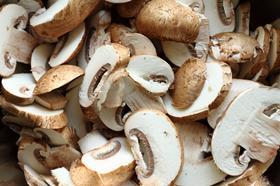 Mushroom sales remain buoyant as people try to extend their health drives beyond January, according to Waitrose.

Shoppers appear to be sticking with New Year Resolutions such as Dry January and “Veganuary”, beyond the first month of 2020, giving veg a sales lift, says the UK retailer.

Sales of vegan products are up 13 per cent compared to the same time last year, while mushrooms have proven one of the most popular choices with vegan cooking, as well as being in numerous vegan products.

Waitrose said its Vegan BBQ Mushrooms with Sticky Rice has sold double what the supermarket expected so far this year.

Jane Shaw, mushroombuyer at Waitrose & Partners, says: “As customers look to be more experimental and add interest and additional flavours to their vegan dishes, we’ve seen sales of our exotic mushrooms rise 16 per cent compared to last year. We’re also seeing more shoppers opting for chestnut mushrooms, with sales up 7 per cent.”