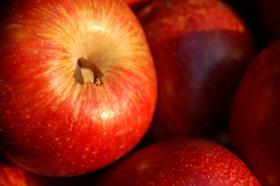 Apple growers in Northern Ireland remain concerned about the regulations surrounding Brexit and whether exports to the Republic of Ireland will be affected.

There are around 150 apple growers in Northern Ireland who export around 90 per cent of their produce to the Republic of Ireland to make cider.

Currently, this is classed as a free trade agreement, but fears are post Brexit that tariffs will be introduced for the goods travelling across the border hurting the industry immensely.

However, there are other concerns that phytosanitary inspections will be set up, meaning the apples will require a plant passport to travel to the Republic of Ireland which will be the UK’s only land border with the European Union.

The main problem that exists is where exactly the inspections will take place, as there is confusion as to where a customs border would be.

“Our apple growers are trying to seek clarity on whether tariffs will be imposed cross border and if these phytosanitary inspections will be set up,” Johnston said.

“Our growers currently export around 90 per cent of their harvest to the Bulmers factory in the Republic for cider production. We need to know soon what the implications of Brexit will be.

“It’s hard to know what our growers will do if that market is cut off. Cider making in Northern Ireland is only a craft industry using a small tonnage of apples per year,” he said.

According to recent figures Northern Ireland, growers export around 40,000 tonnes of apples to the Republic of Ireland for cider production which returns to Northern Ireland as Magners cider and effectively generates £5million in alcohol duty for the UK exchequer.

During a recent visit to Belfast the EU’s chief Brexit negotiator Michel Barnier said there would need to be a customs border between the UK and Ireland.

He said: “The UK has chosen to become a third country; to leave the Single Market and the Customs Union; to leave behind the EU’s framework of common rules, common supervision and common Court of Justice.

“It has chosen to create two regulatory spaces. This makes frictionless trade impossible. It makes checks indispensable. We will need sanitary and phytosanitary checks on food products and live animals.”