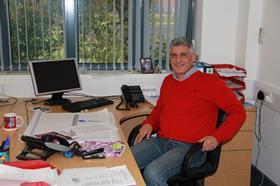 The fertile growing region of the Vale of Evesham once competed with Kent to be the Garden of England, with hundreds of smallholdings and individual growers sending their produce via the various hauliers.

Between the 1950s and 1980s, these businesses developed and grew as a result of demand to send local produce to the wholesale markets of the UK. The 1990s saw the growth of supermarkets, as we moved towards modern convenience shopping and the demise of the smaller independent greengrocers – consumers started to leave the high street for out-of-town developments.

This meant the end for many individual smallholdings as supermarkets demanded designated suppliers from larger growing groups to maintain uniformity of supply and produce.The number of small growers rapidly declined during these years, leaving only a handful in the Vale, which remains the case to this day.

The consumer demand for more variety, as well as year-round availability, saw local produce replaced by imported goods, which utilised the existing distribution depots in the Vale. These distribution centres such as Spiers & Hartwell, IDS, Ferryfast and Eurofresh grew and adapted their facilities to accommodate ambient and chilled distribution, to both the wholesale and newly developed supermarket distribution centres.

During the Millennium, we saw the continued growth of more and more out-of-town developments. It basically meant that Tesco, Sainsbury’s, Asda and Morrisons grew at an incredible rate, producing record profits and turnover. This expansionism was going to have to end at some stage, and today these supermarkets have reached saturation point. I believe the next few years will see, to some extent, their demise, as consumers have changed their shopping habits, switching to online shopping, returning to smaller outlets and discounters.

The wholesale business has also had to change during this period with the decline of traditional greengrocer retailers, and this has prompted the growth of the catering trade, as well as ethnic demand for more varied and unusual exotic produce. With greater demand for more variety of produce, we have seen the volume of produce reduced in staple lines such as potatoes and tomatoes, replaced by a larger variety of produce. The emphasis has moved away from volume sales to more selective and specialist wholesalers, and fixed-money sales rather than commission wholesalers.

Businesses have had to adapt to survive, and many that have not adapted have ceased trading. Those that are left have managed to adapt their businesses to the changing environment and continue to trade successfully, such as ourselves. It has certainly been an interesting journey and an age of survival of the fittest over the last 30 years.