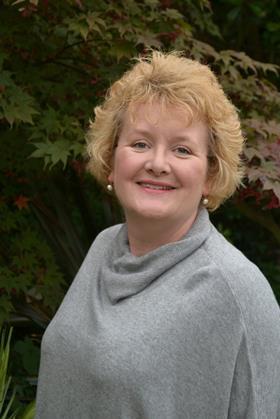 In the face of an uncertain season in many sectors of fresh produce how can we afford to not engage positively?

Looking at top fruit in isolation we are approaching capacity within our market: the quest is no longer “how many apples and pears can we grow?” but “how do we grow our market to sell the fruit we have?”

While the NFU’s recent announcement states that we are nationally 60 per cent self-sufficient in food (falling two per cent a year since 1991), in top fruit we are at a satisfying less than 40 per cent of our potential.

With extensive investments in new orchards and storage technology we have an excellent product, supplied with confidence. We must engage with consumers extolling its benefits, availability and drive market share through brand loyalty and awareness.

At Asia Fruit Logistica last month, the EU commission announced extra funding for EU agri-food promotions in a bid to offset losses caused by the Russian embargo: €30m on top of a total €60m earmarked for annual promotions requiring match funding from POs, and we have until the end of this month to submit plans.

But where do we gain this growth? Overseas development is obvious – currency strength is against us at the moment, but as that changes there are strong expat communities, Arabic states that no longer farm and increasingly Westernised palates in Asia that have a desire for our products. However, as an industry we appear sadly reticent to developing collaborative overseas ventures.

Secondary processing is also a great opportunity – the foodservice sector is expert in the development of quick meals for a nation that loves cooking programmes but apparently doesn’t cook anymore. Are the big producers being proactive about commissioning dishes and cross category ranges for the retailers? It isn’t up to the retailers to ask for these things, it’s now our responsibility to promote product development. It is a way of using a greater volume which is what we all want, isn’t it? Foodservice that supports great menus and creative cuisine that is bursting with home-grown produce – ignore this route at your peril.

The NFU statement in August called for a growth plan with a cohesive partnership of industry and government to Backing British Farming – valuing and buying more British goods and establishing a framework that supports increasing production.

With several new consortia all vying for the pot of money from Biz for development we are also in danger, again, of there being competing groups, duplication, dilution of benefit and again disenfranchising the grower base already exhausted by so many initiatives that have no life after the funding ends they now cannot listen to any more.

With falling consumption levels of fruit and veg across the EU, and the UK is one of the worst, we need a cohesive campaign to lift consumption.