Organic retail buyer: 'Where is the innovation in fruit?' 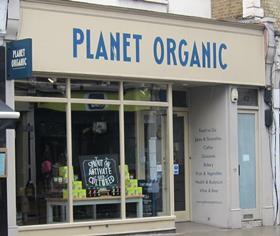 The head of buying at London organic grocery chain Planet Organic has raised concerns over the lack of innovation in the market on fruit.

Overton told FPJ: 'When was the last time we saw innovation in fruit? Innovation in the product is key. Fresh produce is the most challenging part of our business, and more can be done to help in this area.'

He added: 'Food retail needs to be about solutions, rather than just providing the product. Our produce range is the same as it was about 12 years ago when I joined this business, but we are thinking about change in how we present it.'

Hart, meanwhile, said: 'We are running trials at Sainsbury's where we have changed the format used to sell produce. In a number of these formats, more space has been given over to organics. We're waiting to see what the results from these trials tells us.'

The grocery giant'shead of product development and technology for fresh and frozen food admitted that Sainsbury's has not always given out the 'nourishment and love' that its ten-year-old SO Organic brand - its fourth biggest brand, worth nearly £200m - has deserved, but noted that the retailer had worked to change this.

Also speaking at the event was Mike Watkins, head of retailer and business insight at market analysts Nielsen.

He implored delegates to take advantage of the growth of out-of-home consumption.

This is something that Planet Organic, which is now in its 20th year, is well placed to latch onto. Its stores sell both fresh and dry grocery products, all organic, and most branches feature juice bar and food bars - which account for the vast majority of produce the retailer buys in. On the shelves, Planet Organic carries 80 fresh fruit and vegetable lines in among its 6,000 or so SKUs.

Overton said the company has grown its turnover once again in the most recent financial year, to a figure in the region of £26 million, and continues to reinvest its profit back into the business.

He added that the plan is to keep opening one to two new stores every year over the next decade, but confirmed that there are no plans to move outside of London.

The Organic Trade Briefing event, which was attended by both UK and European fresh produce giants, was held in London at the halfway point of the annual Organic September campaign, for which Soil Association has received backing from myriad leading supermarkets.