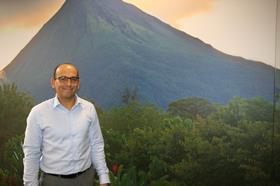 The former British prime minister Harold Wilson once stated that the person who rejects change is the architect of decay.

For Steven Fagg, the MD of Keelings Fresh International (KFI), never has a truer word been spoken. The affable and forthright head of one of the UK’s largest fresh produce firms oversaw the closure of KFI’s on-site packhouse at its Harlow HQ earlier this year, as the business switched to using third-party packing facilities full-time.

Fagg (see profile below) reflects: “It’s not been an easy journey, by any means. It’s been really difficult and hard saying goodbye to excellent people. But the industry has changed, and therefore, we’ve had to move at pace with the times. Now, I feel we’re ahead of the change, rather than playing catch-up. We’re more resilient, lean and geared towards where the future is going to be.”

Fagg believes the catalyst for change has been more retailers moving to direct sourcing models, and the fact KFI (see company profile below) is now itself doing more deliveries direct from port. “Instead of saying we’re an importer in the traditional sense, we now offer a suite of services,” he notes.

“Out of our strategy work came a confirmation that we can and do add value, and we’re very good at it. The UK being a more mature market, and some customers going more direct, holds less value on some aspects of what we can do, but we’re finding on the continent, and in Asia, there’s tremendous value, as they’re less mature marketplaces.

“So, we’re at the beginning of that curve in those markets, and in the more mature markets, like the UK, we’re custom-built to whatever the customer wants us to be. So we’re simultaneously doing full category management at one end, into the customers, and at the other, we’re handling customers’ product, and doing service provision or agency work for those retailers.”

Fagg believes businesses of a similar ilk need to consider mirroring the actions of KFI, or risk falling behind. He says: “If more people like us don’t change, they could find themselves with a facility that drowns them. Site consolidation will only increase over the next five years. I’m pleased to say we’re beyond that now – I don’t have to think about it.

“Of course there are some packhouses that fulfill unique and specialist requirements, such as ripening, custom-built production runs and medium to high care, that will continue to add value through their infrastructure. However, our product range has developed so much in post-harvest, just-in-time supply chain and varietal improvements that we need little to no contact with it from source to the shelf.”

While KFI has accumulated losses through restructuring, something its MD believes the business should “face into”, there has been an improvement in the firm’s general performance, and KFI’s underlying trading position is now profitable, according to Fagg.

He explains: “It just confirms the strategic moves we made were completely necessary. And had we not done that, we’d be in a very different scenario. Instead of that, we’re forward-looking, we’re not bogged down in a swamp or quagmire of volume at any cost, but can be selective in where we place our valuable resource for the best return.”

Looking at the business from a holistic point of view, KFI is focused on increasing its continental growth, and investing in its Central American production base. As for the UK, KFI has recently started supplying the discounters with melons and pineapples, and has diversifications plans at the ready. Chief among the aims is growing the foodservice channel, and adding a new product to the UK market.

While KFI sells to retailers on the continent under the Keelings brand, it hasn’t mirrored that yet in the UK. However, Fagg is keen to change that, and the brand is on course to have more presence in the UK in 2015.

Rapidly-changing consumer behaviour is the “biggest challenge” facing the industry, though, according to Fagg. “For the retailers, for the suppliers to retailers, and for the growers, it’s ‘how do you supply that consumer, and what are their needs?’ And it feels like the consumer is changing its mind every six months.

“The chancellor [George Osborne] recently remarked that the new world means that an app can come out and change the whole industry or remove an industry overnight. We see the retail industry struggling now – is it online? Is it discounting? Is it less waste or extra-free that the consumer wants? What is the top-up shop format? They’re the dynamics we’re all trying to get to grips with.”

Fagg has attempted to Teflon-proof KFI to the ever-changing dynamics of the fresh produce industry. Will we see others following his lead in the coming year?

- One of 11 children.
- Originally from Kent, but not from a produce background.
- After returning from SouthAfrica in 1998, where he wasdoing voluntary service, Faggspotted an advert for a salesman.“It said, ‘sports car and travel’.For a 21-year-old, that soundedpretty sexy, so I went for theinterview, and got that break atPrimafruit.”
- Next moved to Geest asan account manager, beforeprogressing to commercialmanager.
- Fagg then re-joined Primafruit ascommercial director andoperations director, beforemoving on to Dole JP ascommercial director for fruit.
- Now been at Keelings FreshInternational for nine years,serving as MD since 2011.
- Fagg claims to have “too manyhobbies”. He plays piano, footballand tennis. He reads ancienthistory, and he also teaches theorgan.
- A father of six, Fagg’s first grandchild is due to be born in the new year.