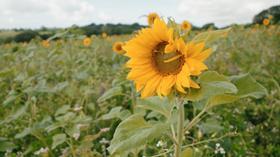 Puffin Produce has joined the global Science Based Targets initiative (SBTi) and committed to reducing its emissions by 46 per cent by 2030, in line with the Paris Agreement to limit global temperature increases to 1.5 degrees.

The Pembrokeshire producer, which last year launched the UK’s first carbon neutral potato brand Root Zero, joins around 2,500 businesses around the world which have set targets as part of the SBTi movement.

Puffin Produce chief executive Huw Thomas explained: “This is a serious commitment to bring us in line with businesses around the world which have committed to making major changes to reduce climate-damaging emissions.

“In setting these and other targets we’ve looked at our entire footprint, from farming, storage, processing and packaging, to transport, retail and what the consumer does with the end product.”

The majority of emissions are generated from electricity use in production and storage. Next year, Puffin aims to be generating its own green energy by installing solar panels at its production site. At peak power, the planned installation will generate 750kwh, enabling the production facilities to run on 100 per cent renewable energy by 2023. A second phase of investment will see the company investing in wind power generation.

Puffin is working with its logistics partners to reduce transport emissions by using more efficient vehicles and a move to biogas, hydrogen, or electric powered vehicles when technology allows. Already, 50 per cent of its own fleet are hybrid or electric vehicles and it will move to 100 per cent by 2030.

Adopting a regenerative approach to land management on its farms is already helping to reduce and offset emissions from growing, processing and storing produce.

Processes are in place to increase soil organic matter, boost biodiversity and reduce fertiliser and pesticide use. This includes the conservation of 110 miles of hedgerow in its farms and planning a minimum of 445 acres of cover crops every year which improves soil quality and sequesters carbon in the land.

“The food system contributes up to 30 per cent of global greenhouse gases and we all have to take action,' Thomas added. 'That's why we have signed up to the Science Based Targets initiative. We’ve laid our plans out in detail and published them on our website in our Root Zero manifesto - our public commitment to changing the way we do business and halving our emissions by over by 2030.

“Our long-term goal, with the help of our suppliers, customers and consumers, is to achieve net zero emissions.'