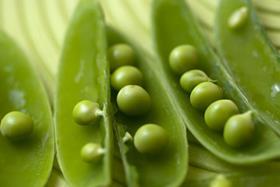 Growers have been advised to measure pest populations before any decisions are made on applying insecticides.

The Processors and Growers Research Organisation (PGRO) has produced a new masterclass video to help growers understand how to trap and assess pest populations ahead of trapping season.

Using a range of preventative tools will be key for farmers looking to reduce cases of pea and bean weevil, pea moth, and silver Y moth this spring, while finding more sustainable ways of farming in line with new agricultural policy, according to PGRO’s research and development manager Dr Becky Howard.

Howard said trapping should be part of an integrated approach to pest management, and pulse growers should get their traps in place as soon as possible.

“Use of rotation, cultivation, drilling timing, good sanitation and forecasting are all options that farmers can take advantage of to prevent damage caused by pests and reducing the need for spraying”, she explained.

The first pest that pulse growers should be on the lookout for is pea and bean weevil, Howard said. “The first signs of pea and bean weevil can be seen quite early on in February and March as it moves into the crop. From 10-12 degrees, adults emerge from overwintering sites in the field margins and hedgerows of last year’s pea and bean crops, and you will see a distinctive u-shaped notching around the edges of the plant’s leaves,” she continued.

“The threshold in traps is an average of thirty across the five traps. When you’ve reached this threshold, you need to establish whether the crop has emerged in the last ten days or will emerge in the next ten days, targeting spring crops – but do not spray if the threshold is not reached.”

Soil temperature determines when pea moth is going to emerge, and PGRO suggested that traps should be put in place from the beginning of May onto the edges of the crop at crop canopy height and monitored three times a week to catch populations.

“The life cycle is important in determining if you need to spray and when that should happen,' said Howard. 'It takes between 10 and 20 days from when the larvae hatches, and this is a pest that affects quality not yield. Vining peas have a lower tolerance level, which means traps are instead used to indicate the presence of moths.”

“Silver Y moth does not often cause foliar damage in peas – the biggest issue is the contamination of the caterpillar in the vined produce”, said Howard. “At harvest, you can end up with a rolled up, bright green caterpillar – exactly the same shape and colour as a vined pea – going through the harvester and into the produce.

“The threshold is cumulative total of 50 moths caught by first pod formation and a single spray applied 10-14 days, only after this threshold has been reached, is sufficient to give you good control of silver Y moth.”