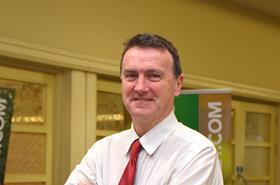 Kieran was one of 20 experts from different countries, including growers, researchers and advisers in the focus group, which started work on how to protect fruit from frost damage in June 2018, with their final report delivered in November 2019.

Frost damage occurs when freezing temperatures are lower than critical damage temperatures of the plant tissues. The frost protection methods that are currently used by fruit producers are essentially the same that were used in the last decades of the 20th century.

Despite the wide range of methods available, farmers in Europe keep facing serious challenges when fighting frost. In addition, the few relatively new systems or materials that were introduced have not been fully tested yet, nor are they generally adopted by fruit growers.

There are more economic losses due to frost damage than to any other weather-related phenomenon.

Kieran’s report concluded that the role of passive methods cannot be over-emphasised, due to their importance.

The 3-D modelling of the flow of cold air could be very important to the methods site selection and managing cold air drainage. This involves GIS-based modelling and extensive research for the validation of the model.

This type of model could be integrated in a decision support system that would include those methods. The method plant selection involves many aspects, and some of them belong to the domain of a more fundamental type of research.

There is enough variability of frost resistance characteristics in most species to allow successful crop improvement.

There is nothing more effective than to have a frost-resistant cultivar that can be installed in the frosty spots. Studies of ‘plant x site x management’ interaction could identify cultivars that are more appropriate for a given environment.

The report concluded that using overhead water sprinklers is a very effective method to control frost but said care must be taken to avoid flooding.

Mr Lavelle told the growers that in Northern Ireland the most beneficial methods to tackle frost issues was to consider site location, layout of the orchard, holistic nutrition and have no cover crops on the orchard floor.