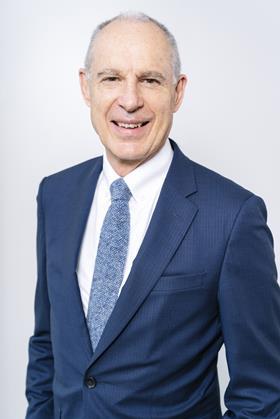 North, South, East and West: wherever retailers turn these days, the winds of change blow. And the four cardinal points are also a fitting simile for former head of Aldi UK, Paul Foley.

Having helped the German discounter establish itself as one of the fastest-growing supermarkets in Britain, Foley now heads retail and FMCG consultancy company Foley Retail Consulting, as well as serving as director for several supermarkets across Europe. He maps the four major trends that retailers are grappling with Europe-wide.

“People are shopping more frequently and buying in smaller shops, so the move towards greater consumption of fresh foods is going on everywhere,” Foley says. This shift in shopping habits has largely been attributed to new demographics in Britain and Europe: Millennials, Generation X, “Just About Managings”, Kidults etc. whose more impromptu buying habits have created a massive demand for greater convenience.

In tandem with this is the splintering of large hypermarkets into smaller, more convenient stores, according to Foley. “The second point is a reduction in the need for large hypermarkets and the driving of great distances by consumers,” he says. “This has been exacerbated by the growth of online, which is attacking the hypermarkets much harder than other food retailers.

“It’s attacking the non-food section the worst. Non-food is very important to hypermarkets, effectively subsidising the food and allowing it to be sold at cheap prices. They are not likely to be a growth story and this is not confined to the UK; in France it has massively affected retailers’ business model.”

“Third is the growth of the discounters like Aldi and Lidl, who are capitalising on the fact that consumers are willing to buy private label. The principle behind their businesses is a very simple one: copy the biggest-selling brands. They work very hard making sure you can’t tell the difference.”

Many in the UK still view the retail landscape in terms of the Big Four (Tesco, Sainbsury’s, Asda and Morrisons) versus the rest. But Foley points out that this is an increasingly old-fashioned way of looking at it. The numbers are beginning to show this, especially after Nielsen rated Aldi’s market share at 9.7 per cent in April 2017, 0.1 per cent higher than Morrisons’.

“If you put Aldi and Lidl together they are bigger than two of the Big Four,” Foley points out. “These days the Big Four is a bit of an anachronism, it’s a legacy as opposed to what’s relevant today. The size of Aldi and Lidl is going to get bigger and bigger.”

While strong ranging combined with low prices has been the key driver of Aldi and Lidl’s rapid growth, there’s no way the upstart discounters would have found such traction in the UK without the support of the wider industry, something it has gained in spades thanks to its progressive procurement practices.

“They pay on time, they are very good at their commercial relationships, they are very honourable, and that’s really important,” Foley says, before adding: “To be fair that’s the case for the Big Four, and all seven of the big supermarkets. I haven’t found anybody that does well by being a shark.”

The fourth and final trend Foley points to is perhaps the most important for fresh produce. “Supermarkets have a greater understanding about the consumer and of what they should be consuming,” he reflects. “If you look at what’s growing and where, most of the trends are in healthy products. The less healthy products have a negative trend. Fresh produce is a big part of that and the retailer recognises that.”

Despite this, fresh produce growers are concerned about a race to the bottom on price, something Foley is also worried about. “Fresh produce is a heavily promoted category, and that’s driven a lot of money out of the category… We’ll see how the UK manages that. There were some prices in the run up to Christmas that were below the cost of production. This drives money out of the industry, driving down innovation and investment.”

Foley backs initiatives to bolster domestic consumption of fresh produce as well as encouraging seasonal eating to improve the customer experience. “If it has been grown out of season, it has either been grown in artificial circumstances or it has to be imported, but then you need to transport the product, which tends to get picked when it isn’t ripe for the journey.”

He references the recent removal of cartoon characters on sugary cereals by Lidl as an example of where supermarkets are taking the lead in promoting social health, and suggests they can play a bigger role in promoting fresh produce consumption.

“I think telling the story of why you should consume more fresh produce, and pushing this health story – which I really do see the beginnings of – that’s an important responsibility of the supermarket.”