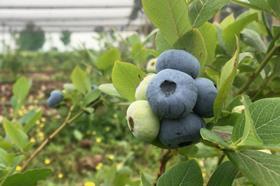 While lacking in marketing prowess, eastern European countries have always boasted a strong fresh produce CV. Whether it’s apples in Poland or Serbian raspberries, Slavic countries have a long history in fruit production.

But a long history doesn’t mean success on the modern market, where top-quality, transportable and tasty fruit are in high demand. Serbia is one country in the region aiming to renovate its fresh produce industry for the times.

“The trend is in blueberry farming,” says Danijel Ćirković, chief executive of Forest Food, a Serbian producer of fresh berries. “A lot of new Serbian farmers are doing that. Our other berries are for industrial use, and strawberries are for the Russian market and the varieties are not for the EU market.”

But it is across the berry category where the country can make real improvements, according to Ćirković. “In the past four decades there has been a boomin the world of apples, oranges, bananas and now it’s berries. Most of our market is Russian. For our project, the UK could be a goal market. With good varieties there is a place for that. If Morocco can do it with a four-day trip, I’m sure we could do it better. A lot of serious work is necessary to create our berry story.”

The challenges for raising value on Serbian berries are great. As a country that prides itself on historic raspberry production, the landscape is currently made up of numerous smallholders, especially with raspberries, where most of the produce is sold frozen. Serbia is the number-one supplier of raspberries to the frozen market, producing around 60,000 to 85,000 tonnes a year.

Faced with lower prices last season, raspberry growers took to the streets to protest against falling wholesale prices, blocking a main road to Montenegro for several days. Growers demanded the state should intervene to set a minimum price.

Ćirković says the situation was overblown, but the struggles of the frozen market emphasised the need to move up the value chain by growing for the fresh market. “It’s not a real story, it’s not possible to do farming in that direction. The market is worldwide and there is no space for that.

“For new projects it’s necessary to do a lot of hard work. The fresh market is the future of Serbian berry farming, new varieties etc. Our markets could be the EU countries and UAE. We have perfect road and plane connections,” he adds.

While this year brought better labour relations, the weather has wreaked havoc on the raspberry crop, with the highest estimates suggesting 80 per cent of the crop was destroyed. “It’s true, but it was not so strong,” says Ćirković, “in my opinion damage in total could be about 30-40 per cent.”

The Raspberry Farmers’ Association blamed bad weather and disease for the losses, citing last year’s low prices as forcing farmers to use fewer pesticides. Ćirković says the damage, which will raise prices on the frozen raspberry market, underlines the need for growers to improve their operations and raise their productivity, to usher in a new era of quality, fresh exports to global markets.