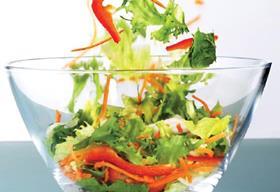 Bakkavor has announced a 1.5 per cent sales increase for the past year.

The fresh-prepared specialist issued a trading update ahead of its full-year announcement on 27 February. It said that group revenue for the 52 weeks ended 28 December 2019 increased by 1.5 per cent, or 1.7 per cent on a like-for-like basis.

The group described the results as representing 'encouraging progress'.

'While consumer confidence remains weak in the UK and continued to impact underlying volume growth, revenue on a like-for-like basis increased by 0.2 per cent in the UK, primarily as a result of a gain in H2 in our meals business,' Bakkavor stated.

'The International business delivered further volume growth resulting in a 12.8 per cent increase in like-for-like revenue as we broaden our customer base in both regions.

'In the current economic environment, the board considers this to be a solid performance and expects full-year results to be in line with expectations.'