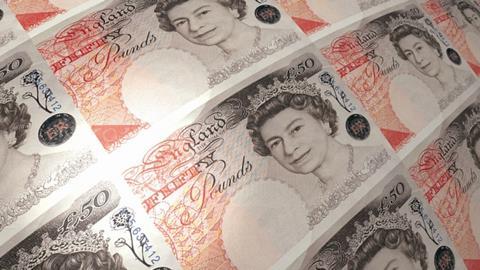 At a time when there is huge pressure on supermarkets to increase prices, sterling’s fall is another unwanted headache

UK consumers are set to be hit with the blow of further price rises across the fruit and vegetable aisle once the record low value of sterling against the dollar filters through to shelves.

The fall in sterling – which slumped as low as $1.03 on Monday 26 September before recovering to $1.07 during daily trading – came as investors became unnerved by new UK Chancellor Kwasi Kwarteng’s mini Budget, which included wide-ranging tax cuts. Analysts say financial markets are concerned about the level of debt the UK government is taking on, and how the plans are going to be funded. There are also fears that the move will lead to the Bank of England raising interest rates further.

The weakness of the pound is expected to see imports of fruit and vegetables become more costly, particularly those purchased in dollars such as bananas and tropical fruit. The cost of shipping and fuel will also become more expensive.

Tomatoes, peppers, mushrooms, bananas, grapes and other soft fruit are the most imported fruit and vegetable lines, and the situation is particularly unwelcome as it comes amid dire warnings for the future of the production sector and fears of shortages. In the Netherlands, Dutch tomato exports decreased by 33% in the first 24 weeks of 2022 compared to the same period last year, according to Rabobank. For cucumbers the decline was 25% and for bell peppers and aubergines it was 8%. That’s already leading to tighter availability, with shelf price rises inevitable.

At the same time, UK growers have been calling for higher prices to reflect the increased cost of production. William Burgess, chairman of Burgess Farms, said suppliers had seen 35% inflation on the back of huge increases in the cost of energy, fertiliser, diesel, packaging and labour. Many European growers supplying into the market are experiencing similar pressure. “I think food inflation has a long way to go unfortunately, but I do hope people will realise you can make a cheap meal using fruit and veg and potatoes,” Burgess added. “So volumes might start to do well.”

Supermarkets battle to keep a lid on inflation

News of sterling’s plight came as the boss of Aldi – which this month became Britain’s fourth-largest supermarket – said he expected customers to continue to flock to the discounter as they struggle with soaring bills.

Giles Hurley said Aldi’s buying teams were “working tirelessly” to counter the impact of inflation and maintain its discount against traditional full-price supermarkets.” “The cost-of-living crisis is worsening, and it’s being felt by millions of households across the UK,” he added. “It’s in times like these when our customers rely on us the most, which is why we’re focusing on continuing to deliver our longstanding price promise by offering the lowest possible prices in Britain, every single day.”

Meanwhile Asda’s latest income tracker indicates that the majority of UK households are notably worse off compared to this time last year as spiralling living costs continues to outstrip wage growth. While those in the highest income quintile were the only ones to see their disposable incomes increase in the three months to July, low-earning households continue to be disproportionately affected by the cost-of-living crisis. Those in this category experienced a 95% drop in discretionary income year on year in August due to negative wage growth and soaring living costs.

The low value of sterling could offer a boost to exports as British produce becomes more affordable to buy overseas. However, exports still represent a far smaller slice of trade than imports. The UK only exported £73m of veg and £63m of fruit in 2021, the latest year for which figures are available. Ireland was the biggest recipient of both.

Apples, cherries and seed potatoes are among the most-exported products, with growers finding markets in the Middle East and Asia as well as closer to home.