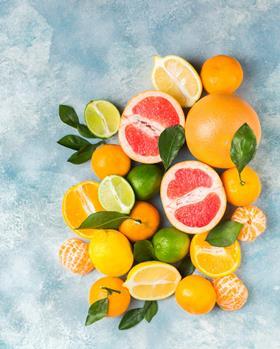 Citrus, in its many forms, continues to be loved by both young and old, and despite the popularity of berries and other fruits, sales are as robust as ever.

Figures from Kantar show the market valued at £826.6 million, and though there has been marginal 0.9 per cent value decline, sales have risen by the same amount in volume terms.

The price and quality of the citrus that appears on shelf can be significantly affected by issues at farm level. Looking at the key production areas, the National Agriculture Statistics Service of the US Department of Agriculture (USDA) last week released the first forecast for the 2019-20 Florida citrus season, projecting year-on-year increases in both the orange and grapefruit crops.

The USDA predicted Florida orange production at 74m boxes, up three per cent on the previous campaign, with Valencias pegged at 42m boxes and early/mid-season varieties coming in at 32m boxes. Florida grapefruit production is up two per cent at 4.6m boxes, while speciality citrus is estimated to come in at 1.05m boxes.

“This reflects what we’ve been hearing from growers,” says Shannon Shepp, executive director of the Florida Department of Citrus. “Florida citrus is here to stay. We remain the state’s signature crop, and our growers are committed to providing nutritious, great-tasting Florida citrus for years to come.”

The increase suggests the industry is bouncing back from the effects of Hurricane Irma and the devastation caused by citrus greening, with Ellis Hunt, chairman of the Florida Citrus Commission, proclaiming that the forecast is “a positive indicator that the Florida citrus industry is coming back.”

“I am proud of the Florida citrus grower who continues to produce the best fruit in the world in a very challenging environment,” adds Michael Sparks, executive vice-president and chief executive of Florida Citrus Mutual. “We are not out of the woods but we are making gains.”

The USDA issues its initial estimate in October of each year, and then revises it monthly as the crop takes shape until the end of the season in July.

The prognosis is not so upbeat in Spain, however, with Ailimpo revealing the volume of Spanish grapefruit in 2019-20 is set to fall 26 per cent on the previous campaign from 82,082t to 60,740t.

The plus side from a production perspective is that it will bring better prices and the reduced figures – down because of unfavourable weather conditions – allows the sector to “face the new season with optimism”, Ailimpo said.

“The global reduction in supply in Europe will stress the market, and prices for Spanish grapefruit are expected to increase from the start of export,” the trade association explained.

Citrus supply remains a difficult balancing act, particularly in times of increasing weather volatility, but its enduring popularity ensures the challenge continues to be worthwhile.